Tonight is the eve of another rally on the steps of the Oklahoma State Capitol to support public education. (@OKEDRally) While the talking points and agenda for the rally look good, they do not appear to directly address the number one Oklahoma education policy issue which we all SHOULD be talking about constantly with our elected state representatives: FAIR taxation of oil and gas revenues in our state. This evening, I recorded a 9.5 minute message sharing some perspectives on why I believe this.

The tweets below include links to related studies and posts I cited in this video message and recommend reading. Two of the key ones are:

On our blog: Five reasons why it's time to end the horizontal drilling tax break – http://t.co/FT61Rz2HkI

Shortage of Teachers, Shortage of Pay #oklaed http://t.co/VrEkBTCimg via @okeducation 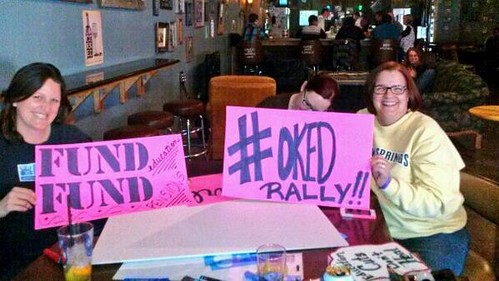