I’m cautiously optimistic about Iranian and United States relations in the wake of the July 14th announcement by President Obama of the Iranian Nuclear deal and his hour long press conference yesterday focusing primarily on that accord. We live in the day of 140 character information bites, but I encourage you to fully watch both these videos in the coming days or weeks and to consider sharing them with your students. The titanic changes which this agreement seems likely to usher into geopolitics and the relationships among nations (specifically in the Middle East) deserve both our attention and understanding. In our bitterly partisan media landscape, it can be hard to find moderate or balanced voices, yet those are precisely the perspectives we need to find, hear and heed on this and many other issues we face as a nation.

I read several articles this evening arguing that this agreement is tantamount to a U.S. capitulation of leadership and power. Those included two opinion pieces in the Washington Post, Charles Krauthammer‘s July 16th article, “Worse than we could have imagined” and Dana Milbank‘s July 15th editorial, “Obama’s news conference was a case for American weakness.”

Against this backdrop of (at times) vitriolic doom and gloom, however, I encourage you to read both E.J. Dionne Jr.‘s article, “Obama echoes Reagan on Iran,” and Steven Kinzer‘s July 14th Boston Globe article, “Iran deal is a step toward reimagining the Middle East.” Both of these articles highlight important historical perspectives as well as the dynamics of present day shifts in national relationships and agendas among Saudi Arabia, Israel, Iran, the United States, and the formally unrecognized but operationally viable Islamic State (ISIS). Just as four trips to mainland China since 2007 have taught me the economic and political realities in that country are far different today than what I learned about studying government, political science and geography in college in the early 1990s, the dynamics in the Middle East have changed sharply and warrant some changes in U.S. policy. I’m cautiously optimistic we’re moving in the right direction. I’ll briefly try to explain why, after providing some background explanation and links for how and why I’ve been reading and thinking about these issues quite a bit in the past six years.

In October 2011, I had an opportunity to fly to Doha, Qatar, to present for and share with teachers at Qatar Academy. Besides a two week trip to Turkey in 1983, this was the closest I’ve ever been to Saudi Arabia or Iran, and provided the most intense personal time of reflection I’ve had (outside of academic studies) on cultural changes in the Muslim world, the power of oil wealth, and the relationship of our nation to others in the Middle East. The following six minute reflective video, recorded on the edge of the Arabian Gulf / Persian Gulf in 2011, exposes some of that thinking.

My January 2009 post, “Iran, Sovereignty, Colonialism and the Values of the West,” reflects some of my earlier thinking about Iran and U.S. relations. Motivated in part by my 2011 trip to Qatar and a desire to better understand the historical backdrop of U.S. / Iranian relations, I listened to Steven Kinzer’s oustanding 2011 book, “Reset: Iran, Turkey, and America’s Future” last year on Audible.com during my 30 minute school commutes. Many U.S. citizens, and possibly leaders, have an incomplete understanding of the historical relationship between Iran and the United States, as well as the important differences which define Iran in the Middle East. I suspect far too many U.S. citizens continue to see the Islamic world and Islamic extremism in monolithic terms, which is not only deeply erroneous but also extremely dangerous politically. Before reading Kinzer’s book “Reset,” I read his book “All the Shah’s Men,” which tells the tale of the “successful” 1953 coup organized by the United States and the CIA to assassinate Mohammad Mosaddegh. Most people in the United States we could interview on the street have probably never heard his name before, or realize that our country set the cause of self-determination in Iran back decades through a violent coup d’etat, but these facts of history are extremely important as we face decisions today about our relationship and foreign policy towards Iran.

Why You Should Read "All the Shah's Men" http://ow.ly/3NQZV #iran #islam #terrorism #politics #history

Here’s why I’m cautiously optimistic about this new nuclear deal with Iran. Throughout the cold war with the USSR, Saudi Arabia and Israel were two of the most ardent supporters of U.S. foreign policy in the world. If you’re not familiar with the history, it’s eye opening to read how the Saudis funded U.S. counter-intelligence operations and paramilitary operations in Central America and many other places during the 1980s, with the Israelis producing the desired weapons, especially when the U.S. Congress wasn’t supportive of those efforts. Because of oil money and the unique dynamics of geo-politics, the Saudis and the Israelis were our main allies in the region.

Today, the sands are shifting, and operationally (even before this accord) the Iranians are militarily allied with the United States (although not formally) in the fight against ISIS / The Islamic State. I’m not positive where I heard or read this, but think it was either the PBS Frontline special “The Rise of ISIS” (October 2014) or “Losing Iraq” (July 2014) which highlighted it. Many of the fighters “in the field” today and in the past year against ISIS have been Iranian. As Shiite Muslims, who are culturally Persian and very different from other nations in the Middle East, Iran has feared and actively opposed the extremist Sunni Muslim movement of ISIS. I don’t think this is well understood by many U.S. citizens today, yet it’s vital to understand in the context of what’s happening with this Iranian negotiation and nuclear deal.

As both Kinzer and Dionne highlight in their articles I linked previously, the United States now wants Iran to rise in power in the Middle East. This is not only important as a counter-weight to ISIS, but also because the policies of isolation and embargo have failed to bring about regime change. This is true not only for Iran but also in Cuba and North Korea. I think the Obama administration’s diplomatic change in our relationship to Cuba is based, at least in part, on a core belief that a policy of openness is more likely to promote economic and political change than a policy of isolation. The Iranian Green Movement in 2009, during their presidential elections, showed that desires and advocacy for self-determination are latent amidst the official policies of Islamic conservatives in Iran.

Self-determination is a wildcard which most nations in the Middle East now fear, and perhaps always have. The tumultuous political events in Egypt the past four years are a case in point. Mass protests led to the resignation of President Hosni Mubarak in 2011. That paved the way for general elections in which the Muslim Brotherhood took power, with Mohamed Morsi becoming Egypt’s “first democratically elected head of state in Egyptian history.” That’s sobering on several fronts, including the fact that Egypt has one of the longest histories of any nation on our planet. The Islamist agenda Morsi promoted as President led to the June 30 Revolution a year later (in 2013), and eventually a July 2013 coup d’etat by the Egyptian military. Self-determination can be a messy business. Don’t forget the rise of Hitler during the Weimer Republic.

When many older adults in the United States today think of Iran, I’d guess many have television memories of hostages in our Teheran Embassy in 1979 and images of burned U.S. rescue helicopters in the desert. While those events were certainly important and have shaped our succeeding policies with Iran for many decades, the landscape of relationships within the Middle East has changed dramatically in the ensuing years. As a student of geopolitics and a concerned citizen, I’m glad to see U.S. foreign policy changing not only with respect to Iran, but also to Cuba. Francis Fukuyama was wildly optimistic in 1992, but I still have faith in the constructive power and inherent value of open societies which respect self-determination.

The deal which the Obama administration has brokered with Iran is a game changer, and I think it will be good for not only both countries, but also the world. Read Mahsa Alimardani‘s July 15th article for Global Voices Online, ‘The World Has Changed’: Bold Statements From Iranian Newspapers in Reaction to Iran Deal,” to get a better sense of why this might be true.

All nations on our planet need reforms and changes, but most of these will take decades to bring about. (Among others, we need to focus on campaign finance reform here at home.) Hopefully the recent negotiations between the United States and Iran will move the Middle East as well as our planet toward a brighter future which is more secure, prosperous, and supportive of basic human rights. 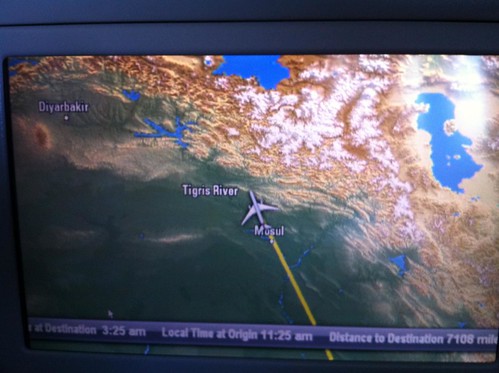 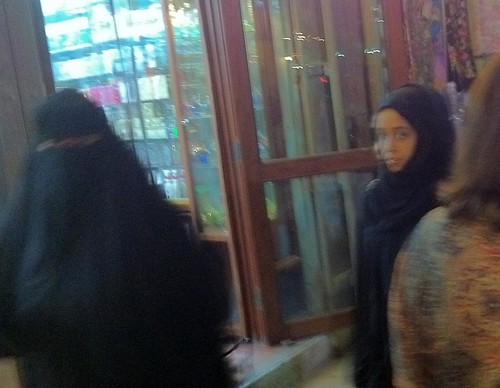