This past Thursday I had an opportunity to attend and participate in EdCampEOC, held in Choctaw, Oklahoma, about 30 minutes to the east of where we live in OKC. During and after session 2, I met Ben Hlavaty (@czeckeredpast). Ben is starting his second year as the high school Video Production & Digital Photography Instructor at Eastern Oklahoma County Technology Center. Ben is a very interesting guy for several reasons. His 2014 film, Unbreachable, was featured two evenings in the June Dead Center Film Festival, held here in Oklahoma City. Ben is also the founder of the Clean Shorts Film Festival (@cleanshorts), and his students at EOC Technology Center serve as judges for the festival. This is a global film festival and contest, and they received hundreds of entrants last year. As someone very interested in digital storytelling and opportunities for students to showcase their digital media talents, I was very interested to learn more about Clean Shorts. Ben recorded a 2.5 minute video interview with me just before lunch on Thursday at EdCamp, sharing a bit more background about the festival. Check it out, and consider inviting student videographers you know to enter in this year’s contest! 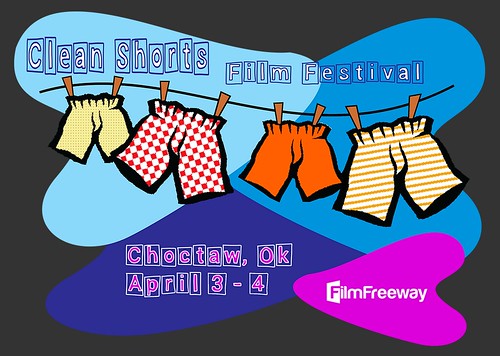