Sunday nights at 8 pm is now #OklaEd Twitter chat time, and this past Sunday an idea for a new kind of educator gathering was hatched. It started with Tyler Bridges’ suggestion of an excellent TED talk to watch, “How to Fix a Broken School” by Linda Cliatt-Wayman.

Her TED presentation video isn’t one I’ve seen before, but I added it immediately to my YouTube “watch later” playlist and ended up watching most of it today during my lunch. Tyler’s share reminded me of something I’ve thought of often when TEDx and TEDtalk videos are mentioned: It’s always valuable to ask someone what their favorite TED video is. Mine is “Drawing in Class” by Rachel Smith (@ninmah). My thought during the #OklaEd chat Sunday was, why don’t we collect a list of favorite TED and TEDx videos from people in the #OklaEd community, and then have a face-to-face movie night somewhere cool where we could watch and discuss each video in turn?

@wfryer @TEDTalks That would be AWESOME! I'm in!

That suggestion was enthusiastically received by several others.

Sandra Park, who is the executive director of the United Suburban Schools Association, indicated they would be interested in hosting an event like this.

I offered to start a Google Document to start collaborating on the idea, so we can further define the agenda, as well as find a date/time.

Tyler and Rob Miller suggested the idea that WE (the #OklaEd community) share the talks. This is something I’ve discussed with several other people in the past couple years, for either a TEDx event or an Ignite event.

@kennethdward @wfryer @bridgestyler I agree. I would also like to help organize a TED talk #oklaed. Wouldn't that be awesome?

@edgeblogger ok, you & @bridgestyler got me thinking tonight: Let's have a TEDtalk movie night sometime for #OklaEd with time for discussion

These are excellent ideas and I hope they will bear fruit soon. TED and TEDx are fantastic events, and they produce amazing videos which we each have varying opportunities to both experience and discuss. It would be superb to provide both kinds of opportunities… maybe at the same event, but perhaps at different events… to hear the ideas of #OklaEd change agents and leaders in TED or Ignite style presentations, and to both hear as well as discuss compelling TED/TEDx videos. What do you think? 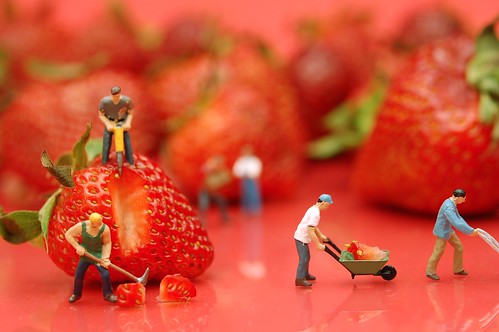