This afternoon I decided to try a new “app smash” workflow and create an enhanced version of a recorded iPad video from Friday’s OMLEA conference in Tulsa, Oklahoma. This revised version of the video includes the slides I showed on the screen during my “OklaEd talk,” and also includes an enhanced audio track. 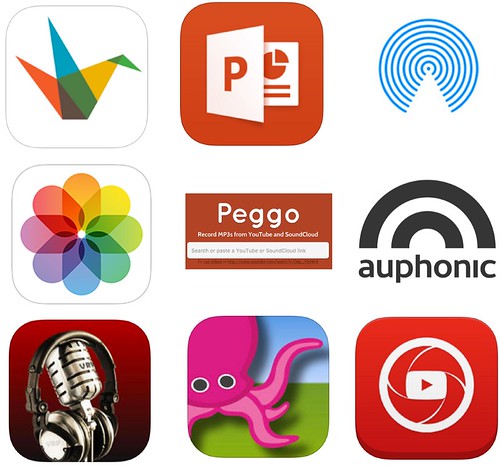 While it might have been possible to entirely create this on my iPad, I found it faster to use my laptop as well as my iPad in this workflow. To create this:

This process involved a lot of steps, and I might not have wanted to do it for a 45 minute or longer presentation. For a 12.5 minute presentation it seemed reasonable, however, and definitely worth the effort.  It might have been possible to make this in iMovie for iPad using the “picture in picture” feature, but based on my prior experiences I don’t think it would have allowed for as much flexibility and customization as I was able to achieve using the Green Screen by Do Ink app.

For more details about this and the other three presentations I shared at OMLEA in Tulsa on Friday, see my post, “Presentations on Creativity, 3D Printing, Digital Sharing and More.”