Visualize Tweets on a Map with Avian for AppleTV Comparing Sharing Spaces: Google Classroom and SeeSaw

5 Reasons You Should Join Me on Mastodon

Mastodon is a relatively new social networking platform (released in October 2016) designed with a fundamentally different ethos and value set from the most popular networks of 2017 like Facebook, Twitter, Instagram, Google+, etc. Similar to email, Mastodon is FEDERATED so anyone can setup and run a Mastodon server, or “instance,” but a Mastodon user account can connect with others on the same Mastodon instance/server as well as others. The fundamental ways Mastodon is different than commercialized social networking platforms is summarized in the introduction on each Mastodon server homepage:

Mastodon is a free, open-source social network. A decentralized alternative to commercial platforms, it avoids the risks of a single company monopolizing your communication. Pick a server that you trust — whichever you choose, you can interact with everyone else. Anyone can run their own Mastodon instance and participate in the social network seamlessly.

It’s not just exciting to live in this era of human history, when we have the ability to digitally connect to others across town, on the other side of our nation, or literally around our planet. This ability has the practical potential to transform our lives in good ways. We are each a combination of influences: The people we hang out with, the media we watch, the things we read, and the ideas we talk about. Social media platforms provide opportunities to share ideas, ask questions, and learn together with other people who share common interests. This is why many educators have utilized Twitter so passionately and effectively: It’s been (and still is) an incredibly powerful platform to collaborate and share. Unfortunately, however, as I’ll briefly discuss in reason #2, commercialized social media platforms are broken. GNU software, however, is free of the corrupting influences which have poisoned commercial social media platforms. Mastodon is GNU social software, which not only means it’s free, it means it lacks advertisement and the pervasive threat of “user information for sale” which plagues commercial social media platforms.

Today as an educator, it’s vital that we each find constructive and beneficial ways to share ideas with each other. We all need to be connected educators. As informed and responsible “digital citizens,” however, we need to proactive about protecting our privacy. Mastodon offers the exciting potential for us to realize these goals.

I am an avid Twitter user, and LOVE the learning and positive interactions I’m able to have with other educators all over the world on the platform. I use Facebook but am far less enamored with it, however, mainly because of the way Facebook records a million different things about its users and is playing a nefarious role via advertising.

Both Twitter and Facebook are ethically broken because they are platforms at their core driven to exploit us via advertising and the sale of our usage data. The saying “If you’re not paying for it, you’re the product” is true for all commercial social networking platforms today. This is NOT the case, however, for Mastodon. Authors and pundits have hopefully forecasted the dawn of a micropayments economy for many years, but those dreams have not been realized at scale. Platforms like Patreon are poised to finally usher in an era of micropayments. I, for one, am ready. This evening I become a $1 per month Patreon sponsor of the person who is hosting my Mastodon instance. I’ll gladly pay $1 per month for a social networking platform which will respect my privacy and not surreptitiously exploit my user data because it forced me to sign a 50 printed page terms of service agreement.

Yessss! I am now a proud patron of Valentin Ouvrard @Valentin_NC on @patreon, and you should be too: #NewPatron https://t.co/zL1N9YPS1q

“Email may be broken” as a communications medium in some respects, but in general email is powerful because it works. I have a Gmail account, you still have a Hotmail account… and amazingly, we can still send and receive messages to and from each other. Mastodon, like email, is federated. A federated or distributed social network is not centrally managed or controlled, like Twitter or Facebook, but instead interoperates according to algorithmic rules. The volume and size of messages can still overwhelm email servers, client software programs, as well as human minds like mine. The volume of Twitter posts and Facebook shares on a given day is volumetrically overwhelming, but manageable from a personal attention standpoint. From a technical standpoint, however, centralized social media platforms must scale up and pay for additional server capacity to meet increasing traffic loads. The economics of non-federated software aren’t like that. Mastodon is federated, so these challenges look and feel different.

Mastodon is getting an increasing amount of attention on the web now, and this has led to a dramatic increase in user signups. Instance / Server managers are able to suspend new account registrations, rather than let registrations continue unabated and traffic therefore overwhelm their server bandwidth limits. Anyone can download, install and maintain a Mastodon instance (just download from GitHub) and the status of new as well as older instances is dynamically maintained.

Like email in the AOL days, Mastodon feels a bit like the wild west. The algorithms and ethics underlying this social media frontier, however, are powerful and positive. I disagree with Mastodon cynics writing for Popular Mechanics and Mashable, who predict the demise and ultimate failure of Mastodon as a platform. Just as the ethic of FOSS is good, the federated nature of Mastodon and it’s GNU status is as well. It’s confusing to many, but it’s something that can be learned and figured out… which leads us to our next reason.

Reason #4: Being an early adopter is fun

The diffusion of innovations curve predicts only a small segment of any population will be “innovators” or “early adopters.” You may not fit into that category for social media and educational technology, but if you do, you probably already realize it can be fun to be an early adopter. Mastodon may not last forever, but there is a LOT of good learning to experience for those who jump in and try it. Amaroq is a free iOS app for Mastodon which I downloaded and started using this evening. It was a bit slow to respond at times, but felt relatively intuitive (as an avid Twitter user) and delightfully avant-garde. It appears to be THE ONLY iOS Mastodon client app right now. That will likely change in the weeks ahead, but right now, it exemplifies the fresh and open nature of the platform. 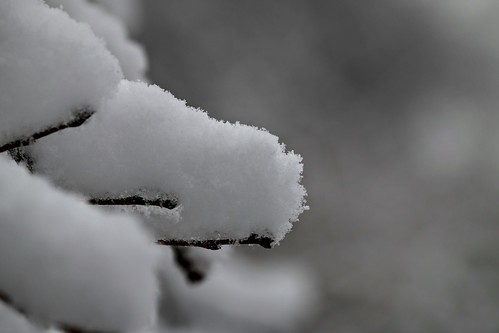 There are TONS of new apps and web platforms which we can try today, and it’s definitely a good idea to be cautious. Why jump into a Mastodon account? It looks to me like a perfect storm, but in a very good way: Many of us have tasted the positive mojo of being a connected educator, but we’re tired of “being the product” for Facebook and even Twitter. It’s time for a different model to support global collaboration, and Mastodon looks like a winning recipe.

Reason #5: Together We Can Invent the Future

Alan Kay is often credited with the quotation, “The best way to predict the future is to invent it.” I love this idea, and adopting and supporting a platform like Mastodon is a way to operationalize this. I’m not happy or satisfied with our social media status quo with Facebook or Twitter. I absolutely love open digital sharing, but I’m also seriously concerned about the erosion of our privacy rights in the digital landscape as well as the rise of the surveillance state, as I highlighted in my November 2016 TEDx talk. We’re not simply pawns in the game of life controlled by corporations, billionaires, and government elites. We have agency, we have voices which matter, and we can make choices which literally change the world. I don’t have to contribute code for Mastodon to understand its power and leverage it positively in my own life. As we gather online and support common causes, we can create social and political movements… and also support the ongoing development of collaborative tools which can effectively undergird and amplify those movements. The ability we all have, as connected citizens, to share ideas and advocate for common causes is of vital importance. Federated GNU software like Mastodon has an important role to play in our lives, and we can play a part in supporting those roles today and tomorrow.

I hope you’ll register for a Mastodon account and give it a try. After you do, find me at mastodon.cloud/@wfryer and say hello. These are just five good reasons to try out and support Mastodon. I know there are many more! Long live the Mastodonians! (hat tip to Leo Laporte)

Trying out Mastodon – a very nice iteration of GNU Social. Can Twitter be knocked off its perch? Follow me at leo@mastodon.network.