This past Wednesday, I had the remarkable good fortune to hear National Geographic Explorer Andres Ruzo (@georuzo) share a fantastic and inspiring presentation at school for all our 6th graders. Andres is the brother of one of our French teachers, and is a geothermal scientist conducting research in the Peruvian Amazon Basin in an area known as “the boiling river.” He is a fantastic storyteller, and I was both enthralled and mesmerized to hear his stories of adventure, exploration, and scientific discovery. I’ll share a few of the highlights from his talk in this post. You can also check out the 13 part Twitter thread I shared during his presentation.

Before reading any more of this post, I recommend you watch Andres’ 2016 TED Talk, “How I found a mythical boiling river in the Amazon.” It’s about 16 minutes long, and provides a much more dynamic intro to his work with National Geographic than I’ll be able to do in this post.

One of the mysteries which Andres is continuing to explore through his doctoral research is why there are not any active volcanoes on most of the coast of Peru, although it’s part of the Pacific “Ring of Fire.” There are some volcanoes on the southern coast of Peru, but not the central and northern coast. This unusual geographic fact is directly related to The Boiling River Project, which apparently involves some irregular subduction under the South American tectonic plate. 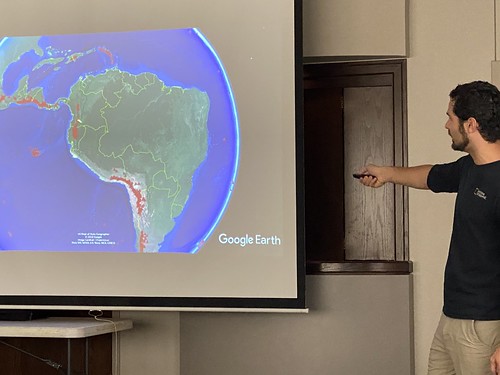 “Where are the volcanoes on Peru’s coast?” (CC BY 2.0) by Wesley Fryer

One of my favorite parts of Andres’ presentation was his retelling of the tragic encounter and fate of the last Incan Emperor Atahualpa with the Spanish Conquistador Francisco Pizarro. If you haven’t heard that tale, this 27 minute video from “The Great Courses” series includes a passable summary. 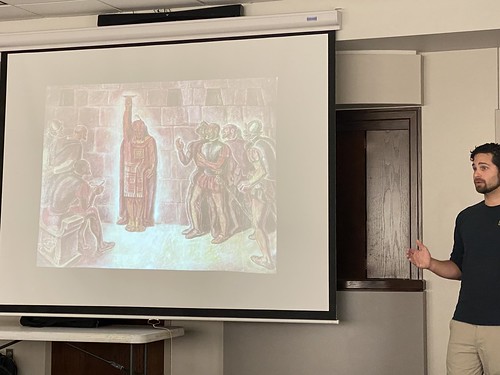 This story on Wednesday by Andres brought back some personal memories for me, from my own trip to Peru in the summer of 1990 when I participated in an exchange program with the Peruvian Air Force Academy. During the two weeks we spent in Peru we visited Machu Picchu and learned a great deal about Peruvian and Incan history. The scale of the tragic encounters between European conquistadors and the Indigenous people of the Americas is impossible to overstate. Among the books I’ve read on this topic, I highly commend “A Short Account of the Destruction of the Indies” by Bartolomé de las Casas. Although not about Peru and the Incas specifically, de las Casas’ first person account is one I will forever remember documenting the violent and regrettable collision of European and American cultures. 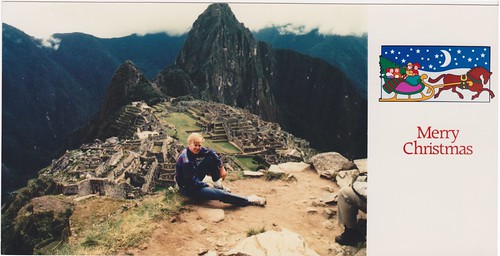 Andres spoke on Wednesday for about 90 minutes, so I can’t recount in a short post everything he shared. “The Rainforest Connection” smartphone app is one thing he mentioned that you might want to check out and share with your own students, however. This unique app and project enables anyone to “hear a rain forest in real time.” Download it and give it a try!

Andres started his talk on Wednesday by talking about one of my favorite photos of all time, Earthrise from 1968 on the Apollo 8 mission. He also talked about the incredible series “One Strange Rock,” narrated by Will Smith and available on Netflix. I’ve used some clips from the series in the Sunday School class I’m teaching this year on “Faith and Science,” and actually just finished watching episode 9 (of 10 in season 1) earlier in the week.

Andres also shared about the outstanding National Geographic Educator Certification program, which offers three free cohorts during each school year. I attended a breakout session on Thursday at the OU K-20 Center’s Interactive Learning Institute in Norman about this as well, and have signed up to be notified when the next cohort signups are available for winter. The program equips educators around the world to support student curiosity, encourage “an explorer’s mindset,” and challenge educators to develop and facilitate multidisciplinary lessons with students which inspire them to become positive change agents in our world. These are values and professional activities I want to support and be a part of! 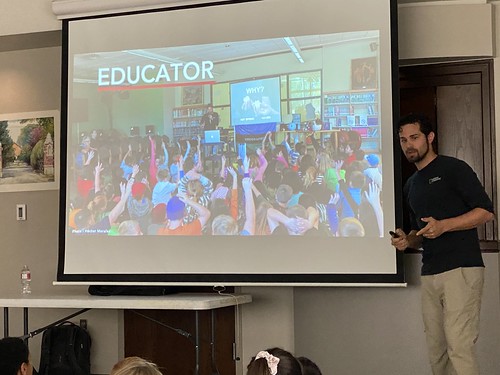 The images and stories Andres shared about seeing the stars of the Milky Way from the Amazon, near the Boiling River area, were captivating. Reminiscent of the 2009 James Cameron movie Avatar, Andres described an environment where the connections which exist between the natural beauty of our planet and the heavens above are both closely felt as well as experienced by those fortunate enough to spend time there. 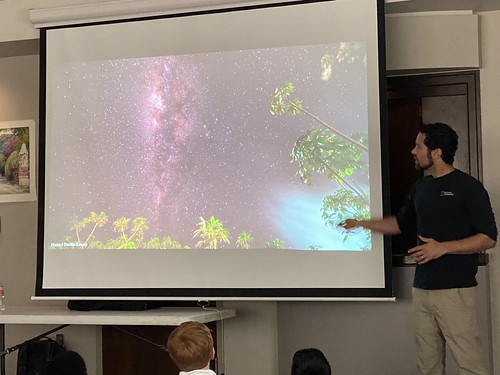 “Stories by Andres Ruzo about the Milky Way Seen From the Amazon Rain Forest” (CC BY 2.0) by Wesley Fryer