The Fragility of Democratic Institutions – Memories of Cairo in November 2017

On November 16, 2017, I had the privilege of dining in my Cairo hotel restaurant with Ahmed Ragheb, a long-time friend of my parents who I first met in 1978 when we lived in Columbus, Mississippi, and my dad was a T-37 squadron commander. Ahmed had an amazing military career in the USAF as a fighter pilot, retiring as an O-6, and when we met in Egypt in 2017 thanks to my participation in the EduForum Conference, he was serving as a private pilot for an Egyptian businessman. Comments this week by our current chairman of the Joint Chief of Staff, General Mark Milley, that the United States military will NOT be involved in the resolution of any disputes arising from the November 3rd U.S. Presidential election, reminded me vividly of that November 2017 conversation with Ahmed. Democratic institutions can be exceptionally fragile, and I’d like to briefly reflect on that fragility, the experiences of the Egyptian people since Arab Spring in 2010, and the sobering prospects of political upheaval in the United States today in 2020. 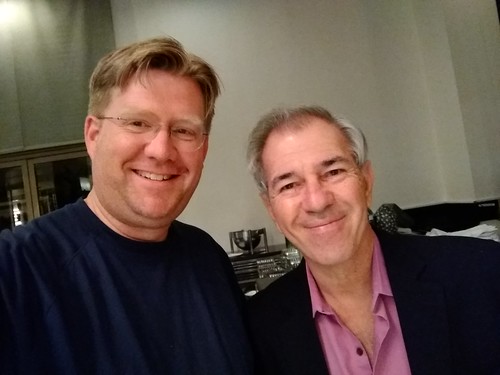 I was not only able to spend time with Ahmed in 2017 at dinner that first night after arriving in Cairo for the EduForum, but was also able to spend an amazing day with him and Hamish Curry (@hamishcurry) as we explored Tahrir Square, the Cairo Museum (in its original / not new location), as well as the pyramids at Giza. 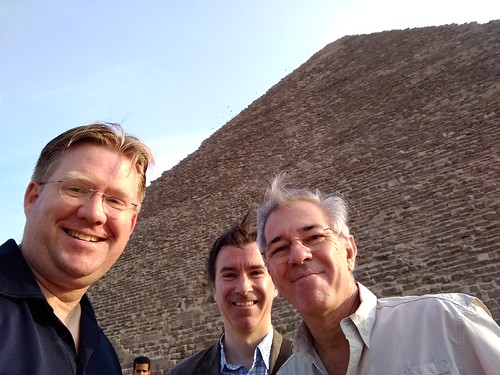 As amazing as the history and locations around Cairo we saw on November 19th were, the dinner conversation we had on November 16th will forever remain etched in my memory. In addition to sharing stories of serving as a USAF F-4 mechanic in Southeast Asia, flying the first F-16 sortie over Kuwait from Bahrain when Saddam Hussein invaded from Iraq in 1990, and living and working in Saudi Arabia later as a U.S. Air Force Officer fluent in Arabic, Ahmed shared a little about his perspectives on Arab Spring (what many Egyptians refer to as, “the troubles,” the downfall of the government of Hosni Mubarak, the rise to power of Mohamed Morsi and the Muslim Brotherhood, and the eventual military coup d’état which ended Egypt’s democratic government and brought Abdel Fattah el-Sisi to power. I shared a 5.5 minute video reflection about some of the things we saw and discussed from Egypt just before I left to return home to Oklahoma City.

Here’s the BIG THOUGHT I had during that dinner conversation with Ahmed which I’m rethinking now. How crazy and unfortunate it was that the Egyptian military had to step in and prevent further political and economic chaos in the country after Morsi was elected to the Presidency. Like Hitler in Germany in the 1930s, Morsi was legitimately elected to office but acted to consolidate his power and suppress opponents in ways which ultimately led to his downfall and the end (at least for now) of representative democracy in the nation of Egypt.

If you are not concerned that President Trump is refusing to commit to a peaceful transition of power in the forthcoming election, you need to do a gut check and read some history books. Many citizens of the United States are naively unaware of how fragile institutions of democracy can be. Just ask the people of Egypt. Even though the United States has over two hundred years of democratic history, we are foolish if we imagine our nation is immune to political upheaval and existential political threats.

If you are a person of prayer, please pray for our nation and our leaders in the United States today. It is not an exaggeration to say we face an unprecedented threat to our democratic form of government in our forthcoming election. Many government leaders, elected officials, judges as well as military officers, may face exceptionally challenging circumstances in the weeks ahead. Our nation has devolved into such a fractured, polarized political culture that we’ve elected an immoral chief executive who appears ready to jeopardize our national history as a representative democracy so he can preserve his own power and position of authority.

I do not have enough information and background knowledge to pass judgement on the military officers of Egypt who chose the path of coup d’état over “a-political distance” amidst societal turmoil and oppression. I will say it is both tragic and devastating that the post-Mubarak democratic history of Egypt was so short-lived.

The generations of U.S. citizens alive today have few to zero memories of the sacrifices of World War II, which were borne in direct response to the rise of nationalism, authoritarianism, and xenophobia both in Europe and in Asia. We need moral, wicked smart, collaborative leaders today who are also ardent students of history. Democratic institutions rely on moral leadership. They also rely on having smart leaders, who are surrounded by smart, moral folks.

Dark prospects stand before us, and we must work together to use our voices and votes to stand in the gap. The chances we will NOT be collectively smiling after our November 3rd elections are much higher than I would have ever imagined in 2017 when I learned more about the political train wreck of Egyptian democracy.

I pray we will not follow a similar path in the United States. 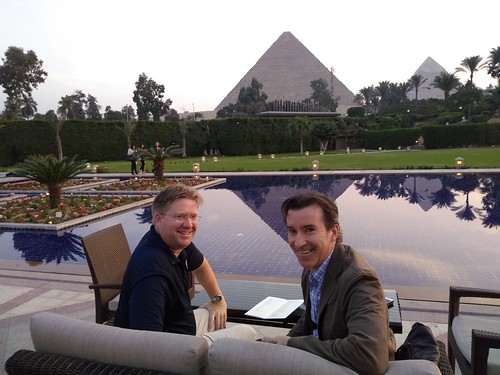