In his Velocity 2014 New York Ignite talk titled, “Unicorns and The Language of Otherness” Aneel Lakhani makes some thought provoking points about identity. At 4:04 of the video he states:

We have to separate our identities, who we are and who we will be, from who we were, what we have done, and what we have been, so that when we encounter something different or see change or see change in others, that is not a threat to our identity and it doesn’t hurt so much to accept change and to do change.

That is a tall order! It’s very challenging to “separate our identity from who we were and what we have done.” Yet we ARE so much more than “what we do” or what we did in the past. Our actions and our histories can help define us, but they can also clarify things we want to transcend and transform. Sometimes those around us constrain our abilities to make those changes. That is why the experience of going somewhere new, “having a fresh start,” can be so powerful and potentially transformative from the perspective of identity formation.

Our identities are constantly in flux and in formation. I think we tend to view youth as living in more malleable and changeable “seasons” of identity formation, but as I get older I’m becoming convinced that our seasons of life are always changing… and therefore our identities are as well. The incredible (and perhaps unprecedented) choices and freedoms offered to us living in “the developed world” of the early twenty-first century play a big role in these seasons of change. Past generations had fewer potential choices and therefore less complex seasons of change when it came to issues of identity, I’d assert. I’m no expert on “identity” or anthropology, but I know these issues are important for us all. I want to understand them better.

It is often hard for us to see and accept transformative change in others with whom we regularly work and live. As human beings, we are often prone to label, to stereotype, to “put people in simplistic boxes with superficial labels” in a vain attempt to project understanding and knowledge. This is universally perilous because of our complex personalities, our diverse histories, and changing realities. I wrote about this at length a couple months ago in the post, “Don’t Equate Competency With Identity.” Aneel is on target in his encouragement for us to separate our own identities from our past so we are open to change and to differences. I think we also need to be willing, on an ongoing basis, to do the same thing for others with whom we live, work and play. Let us not fall into the trap of assuming that because I saw you respond in one way yesterday, your response to a similar question today is going to be exactly the same.

Making room for growth and giving space for growth is definitely a big challenge for parents, but it’s also an important challenge for friends and co-workers. We’ve all got a long way to grow and go, and we all need both space and support to get there. 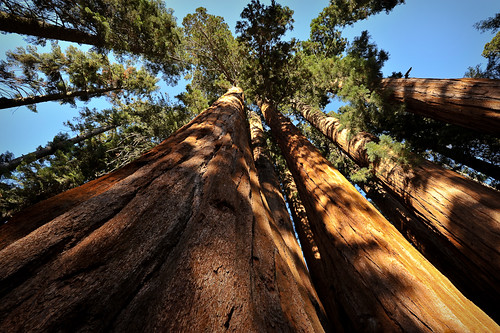 One Response to Identity, Bias, Differences and Change