The United States under the leadership of President Donald Trump is politically headed in the wrong direction. Rather than confronting potentially overwhelming and devastating issues like costly health care, climate change, and corruption in federal elections, our nation is poised to make bad situations even worse with misguided policies. I am hopeful the inquiry of Robert Mueller and his team at the U.S. Department of Justice will ultimately bring charges of obstruction of justice that will support the impeachment of President Trump and his peaceful removal from office by the U.S. Congress. This would not only remove from office one of the worst Presidents ever elected in our nation, but would also serve as a powerful and constructive example to the rest of the world of how peaceful political change can be brought about under a Constitutional government of the people, for the people, and by the people. As the byline of @BernieSanders reminds us, however, “The political revolution is just beginning.” In this post, I’ll share a 12 minute video clip which concisely summarizes key points of what I hope and pray this political revolution will achieve. 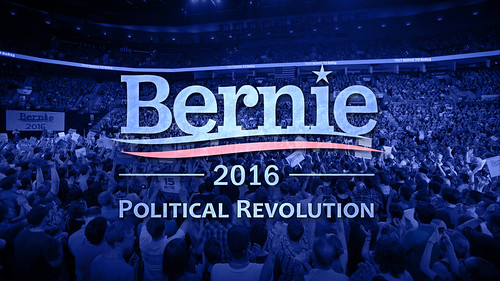 As we wait patiently for the wheels of justice to turn in Washington D.C., there is important work to be done politically across the United States in redefining the focus and values of our political parties. I am both thankful and inspired by the ongoing work of Vermont Senator Bernie Sanders (@SenSanders) in this regard. Last night, thanks to a series of Twitter links I followed, I found my way to the archived video streams from the Hay Festival 2017, which took place in the United Kingdom over the past week. I watched the entire 63 minute presentation and Q&A session with Bernie Sanders, and I found myself both moved and inspired. THIS is exactly the type of informed, articulate, and moral leadership we need in the United States of America today. While you may not want to make time to watch the entire video now, I encourage you to add it to your YouTube “watch later” playlist and make time to watch the following 12 minutes right now. I used SafeShare.tv to create a clip from 25:52 to 37:51 of the video, in which Senator Sanders articles a vision for “progressivism” in the new Democratic Party of the USA. These are the concluding 12 minutes of his formal remarks, which were followed by an extended question and answer time. I also embedded the clip below using these instructions from @labnol.

Senator Sanders is working to fundamentally redefine the Democratic Party in the United States, and make it the party that takes on the “billionaire class” and corporations which dominate elections and politics in our country today. Addressing “a grotesque level of income and wealth inequality” in the United States figures prominently in this redefinition as well.  “The future of America is through a progressive political agenda. We are prepared to think BIG,” Sanders says. Key elements of the progressive political agenda highlighted by Senator Sanders in this video clip include:

I encourage you to watch the full, 63 minute video. Being able to listen to and watch Senator Sanders explain the vitally important issues we face together both as a nation and a planet, as well as a vision to move forward toward a more caring, inclusive, and democratic (rather than authoritarian or oligarchic) future is inspiring and sorely needed today.

Watch, listen, and be inspired. Then share these messages. We’re all publishers now, thanks to social media, and both the words we say/write and the links we share matter. Be empowered to share your voice and speak out on issues that matter. Let’s join the revolution together with Bernie Sanders and peacefully reshape the political and economic landscape of the United States of America.