3 WiFi Hotspots in our Car

It’s Thanksgiving holiday time here in the United States, our family is on a road trip, our son is driving and we have 3 WiFi hotspots active in our car. This is a sign of the times. I’ll explain what functions each hotspot provides in this post. 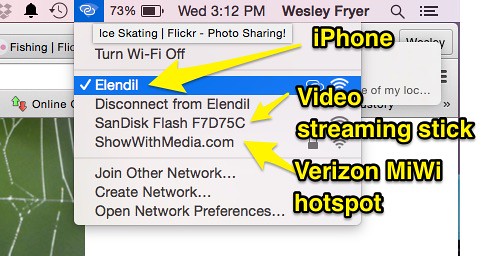 It’s been five and a half years since the elusive Sherman Nicodemus guest blogged “Tethered iPhone Internet Access with iPhoneModem (Jailbreak required)” here. Since that time, iPhone tethering has gone mainstream in the United States with no jailbreaks required. Some U.S. cell phone plans now treat monthly data caps the same whether smartphones use data directly via apps or the smartphone is used to tether a laptop or other device(s). Our family has a TMobile family plan for 4 phones, but my work-provided phone is on AT&T. When we’re in areas without TMobile LTE/4G data service where AT&T has service, I’m able to turn on iPhone tethering to provide connectivity for laptops and other devices. This is car hotspot number one. 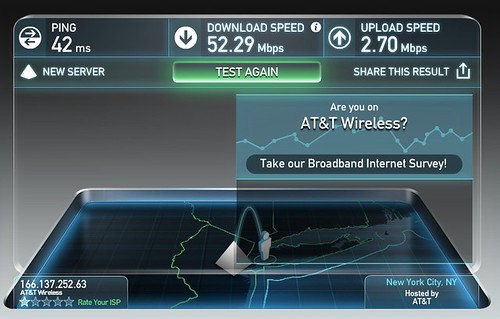 Three years ago when I had an opportunity to present and participate in a summer educational technology conference in Missoula, Montana, one of the presenters mentioned the SanDisk Wireless Flash Drive. These device, which looks like a standard USB flash drive, can be used to stream (without Internet connectivity, because it creates its OWN WiFi hotspot) videos to multiple devices in your car. This has been one of the most popular technology purchases I’ve ever made, as far as our kids are concerned. In the July 2014 post, “Road Trip Wireless Devices,” I described it by writing:

Just one of our kids (Rachel) used the wireless flash drive to stream movies today. The others watched and listened to content which was already downloaded to their iPhones. This is a ThingLink interactive image of the wifi devices we took on our summer 2014 road trip to Vermont for Create, Make and Learn. The link to the SanDisk Wireless Flash Drive redirects to the SanDisk homepage, because that model has been replaced with the SanDisk Connect Wireless Stick. It now costs about $50.

For the last few years, I’ve paid $50 per month (minimum) for 5 GB of data per month from Verizon. While this is expensive and I have definitely eyed no-contract alternatives lately like the Karma Go, I’m continuing to stick with the Verizon hotspot. Verizon has historically had better cellular data coverage in Kansas, where we often travel to visit family, but along Interstates the 4G/LTE connectivity with other cellular companies has really improved in the past year. This device has literally SAVED MY LIFE multiple times as an educational technology conference presenter and professional development workshop leader, when local wifi has either been slow or otherwise problematic. See my May 2015 post, “Upgrade a Verizon Hotspot for $22 Without a New Contract,” for more details about how I upgraded my hotspot hardware but remained “out of contract” with Verizon. I’ve learned cellular hotspot data can be consumed VERY quickly these days with mobile phones and laptops, and I attempt to limit our family’s consumption by prohibiting video and audio streaming over the Internet when we’re on car trips. It’s invaluable to have the hotspot as a connectivity option, however, even though our combined family usage does often result in some monthly overage charges. 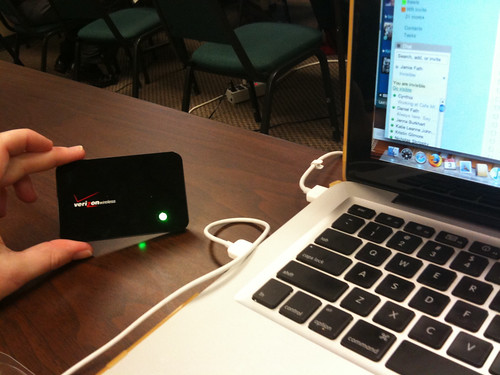 Some cars are now being sold with WiFi built in. In our connected age, this is a trend I’m confident will continue in the years ahead. While integrated WiFi can make a car both hackable and susceptible to more digital glitches, the benefits of connectivity (in my view) outweigh these risks. It will be important to consider the saavy of the manufacturer when considering integrated WiFi in vehicles too… and just as I trust Apple far more than Microsoft products from a security standpoint, I also would trust Tesla far more than Ford or even Toyota.

We are very much living in the age of the “connected family roadtrip.”