Behold: The Power of the Spotify Playlist During COVID-19

We’ve been in “remote learning” mode for about four weeks now at our school, as we “shelter in place” because of the neo-coronavirus / COVID-19 global pandemic. I’m sure I’m not the only one that has had some trouble falling asleep some nights, as I’ve adjusted to a ‘new normal’ of working entirely from home and rarely venturing out into the wider world other than to take daily walks with our dogs and human family members. 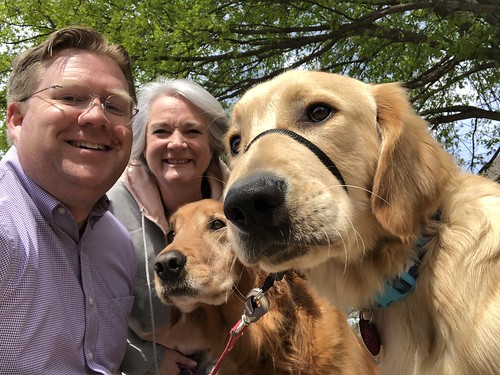 “Late morning neighborhood walk with Scarlet and Moose” (CC BY 2.0) by Wesley Fryer

Truth be told, I’m actually LOVING many aspects of our new life at home, but change of any kind can be stressful and that’s certainly been true in the past month for all of us in our family. (Except, perhaps, for our dogs, for whom this season of “sheltering in place” has been a canine dream… The Christmas break which never ends, when the humans stick around and rarely lock animals by themselves in the kitchen / in a kennel.) 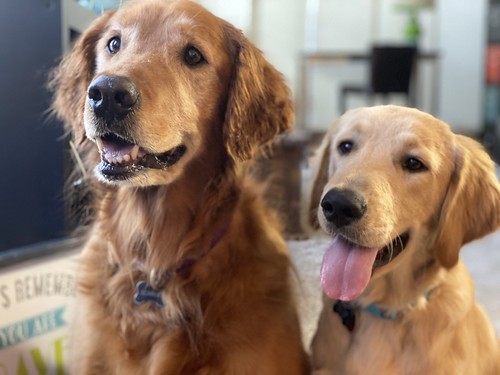 In this post (in addition to showing you multiple pictures of our awesome dogs) I’d like to reflect a little about the amazing life-enhancing power of a Spotify playist, “Quail Chill,” which I named in part for our OKC neighborhood and now includes 101 songs I mostly added in the wee hours of the morning a week or so ago when I had trouble sleeping. As a child of the 1980s who LOVED to create mixtapes (younger crowd: Think Peter Quill / Star Lord in Guardians of the Galaxy – 2014) music subscription services like Spotify and Apple Music are a dream come true. In 1993 after I’d graduated from college I remember buying a 10 disc CD changer for my car, and thinking how AMAZING it was I could randomly listen to songs from ten DIFFERENT albums at the same time, with only a slight delay as the mechanical disc changer in my trunk physically ejected and inserted different spinning, plastic discs with laser etching into an analog music player. Really, I’m not kidding you… it was AMAZING. Now, however, other than Garth Brooks’ songs which I love… just about any song I want to hear is available ON DEMAND for me to listen to whenever I want… and I can build “the mixtapes of the 21st century” (they’re called SHARED PLAYLISTS) with just a few taps on this miniature computer / smartphone I seem to have permanently mounted now to the palm of my left hand.

My “Quail Chill” playlist on Spotify is amazing and wonderful for LOTS of reasons.

First, I’m able to access it like I’m a Star Trek crew member aboard the U.S.S. Enterprise. Only instead of starting my verbal commands (wait… or are these Hogwarts-style magical spells?!) I say, “Hey Google…” instead of “Computer…” I’m constantly listening to this playlist, which has over 5 hours of music, in random / shuffled mode in different rooms of our house where we have Google Home Mini smart speakers or at my home office desk, where I’m using a Google Nest Hub now. I’m also able to listen in the car, on those rare occasions now when we venture out to a store sporting matching masks which might protect others from our own possible COVID-19 germs, but are unlikely to offer meaningful protection for us. Car Play is fantastic on our after-market car stereo, and Spotify is accessible (even though it’s not Apple-created) via Siri commands on-the-go using Car Play. 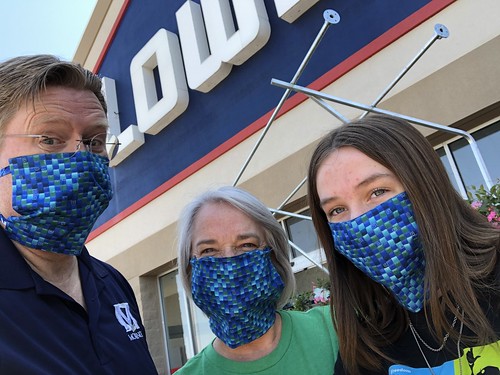 Secondly, my Spotify “Quail Chill” playlist is awesome because its a reflection of my eclectic, diverse musical tastes as an almost fifty year old guy. From my year living in Mexico City it includes tracks by Juan Luis Guerra and Luis Miguel. My current favorite song is “Southern Cross” by Crosby, Stills & Nash. Jim Croce, Elton John, Gordon Lightfoot, Enya, Howard Shore, Cat Stevens, Loreena McKennitt, Dan Fogelberg, Paul Simon, James Taylor, Billy Joel, Alphaville, Roxette, Simon and Garfunkel, The Carpenters, Neil Diamond, and yes (to my wife’s dismay) Barry Manilow. Songs I grew up listening to because MY parents liked them… but mostly songs I learned to love in college and in the ensuing years.

The third reason my Spotify “Quail Chill” playlist is awesome is because it includes tracks I wouldn’t have thought to add myself, but Spotify’s machine learning powered algorithm suggested. I LOVE these songs too, like “Adiemus” by Karl Jenkins, “Hello Seattle” by Owl City, and “Nocturne” by Secret Garden. If you’re not using Spotify, Apple Music or Google Play Music currently and paying attention to the “recommended” songs, you’re missing out on some AMAZING musical tracks that could significantly and positively impact your daily life experiences.

The fourth reason my Spotify “Quail Chill” playlist is fantastic is because it’s easily sharable, for FREE, with anyone in the world! To listen to all the songs, you have to be a Spotify subscriber, but the fact I can readily share a link to a specific song or the entire playlist (as I have several times in this post) is really mindblowing.

To highlight this fact through some old media contrasting images, I searched briefly tonight for my mixtapes. I’m confident some of them are close by, but hidden deep within a plastic tub or box stashed in our garage. Alas, mixtape I could not find you this night. I did, however, find my tub of old slides, some dating back to 1987 when I was an exchange student in New Zealand. Because all of these media artifacts are analog and not digital, their “sharability potential” right now is close to zero. (That’s a phrase I just invented, but I’m channeling ideas from Nicholas Negroponte’s 1995 book, “Being Digital” here.) Once something has been digitized, a process of converting it into ones and zeros, it can become “friction free sharable” thanks to the economics and underlying architecture our global World Wide Web. 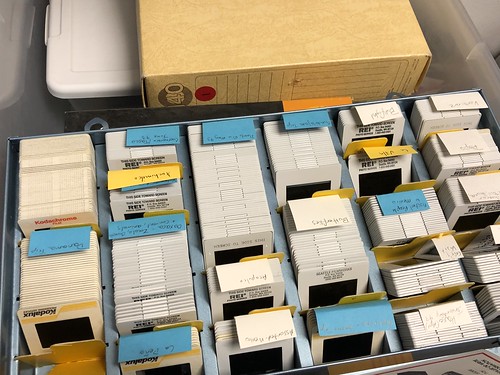 While I didn’t find any of my mixtapes from the late 1980s and early 1990s, many compiled with songs from borrowed CDs owned by other cadets in my squadron at the Air Force Academy, I did find some cassette tapes from the late 1970s which I recorded at home. This includes a 1978 classic titled “Puppy Revolution,” which (as I recall 42 years later) was a creative story I made up as a 7 or 8 year old. Perhaps I need to “digitally resurrect” that analog tale for the benefit of posterity and a good laugh. A project for another time… 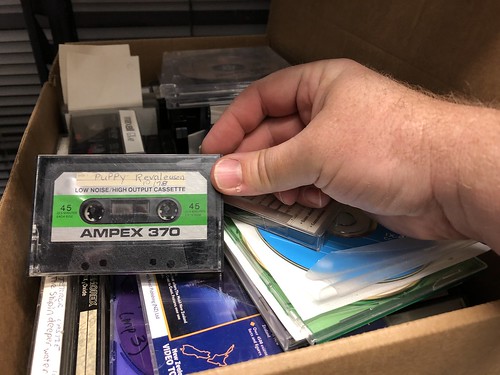 My point here is that the digital sharing revolution in which we’re now fully immersed is TOTALLY AMAZING! “Those kids today” likely take it for granted, but kids of the 80’s like yours truly don’t.

Behold: “The Power of the Spotify Playlist!” “Hey Google: Increase volume to 100 percent!” 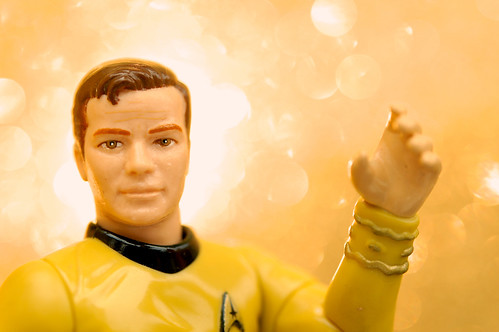