Periscope Reflections from ISTE 2015 on the Soledad O’Brien Keynote

I had a lesson learned in this fourth Periscope broadcast: Be sure to choose “Autosave Broadcasts” in your Periscope settings BEFORE you broadcast. Periscope broadcasts are only saved and available for 24 hours on the Periscope servers. Since I hadn’t chosen “autosave” and did not immediately save the broadcast to my iPhone camera roll after we stopped recording, I had to play this back on my computer and screencast record it using Screenflow software to create this archive. That’s definitely a lot more cumbersome than simply turning on “autosave” before starting a broadcast! 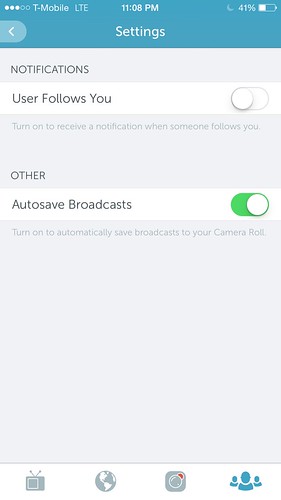 * Full Disclosure: ISTE provided me with a free “media pass” as an educational blogger this year. I am sharing multiple interviews like this from Philadelphia as an official conference Storychaser.