SmartPhones to Consider Besides the iPhone

I love the iPhone, and have owned various models since the iPhone was announced by Steve Jobs in 2007. I was actually in the audience at Moscone Center in San Francisco and watched Steve give the MacWorld keynote that year announcing the iPhone. I’m an Apple devotee and Apple fanboy with the scars to prove it. 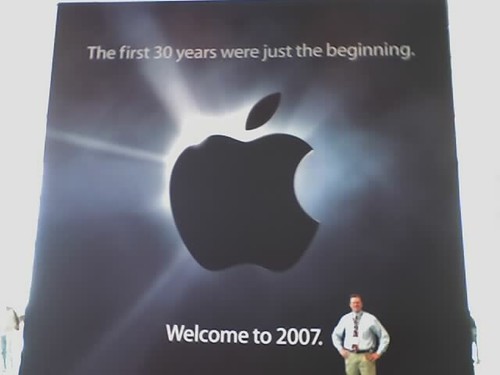 I am also a passionate educator, an engaged citizen, and a critical thinker, and as those other things I can’t ethically have blind loyalty to a single brand if that means ignoring important issues or capabilities. Last weekend I shared a TEDx presentation up in Enid, Oklahoma, titled “Digital Citizenship in the Surveillance State.” I curate a Flipboard magazine on “Digital Security” and another on “Surveillance State, Privacy and Citizenship.” Thanks in large part to my almost weekly conversations with Jason Neiffer (@techsavvyteach) on “The EdTech Situation Room” (@edtechSR) I’m thinking much more about these issues and how they relate to my roles as a parent, school technology director, and citizen. I’m also a HUGE user and advocate for the use of Google’s tools. Two weeks ago I shared an opening keynote at the Kansas Google Summit, along with breakout sessions about GeoMaps and quick edit videos. I’m not just an Apple FanBoy, I’m a Google FanBoy. But none of these things mean I’m afraid to think outside the box when it comes to smartphones or any other kind of digital technology.

With that preface out of the way, I’d like to share several smartphones BESIDES the iPhone to consider purchasing and using. I have not decided for sure if I’m going to upgrade my iPhone 6S to the iPhone 7 or to a model by a different manufacturer. In this post, I’ll review several REASONS to consider iPhone-alternative smartphones as well as specific models to consider.

Reason 1: Most Smartphones are bad for the environment

You might have read that today’s smartphones include a variety of different rare-earth metals which are not only difficult to find, but also challenging to recycle. The way most smartphones are manufactured makes this hard. “How We Think about E-Waste Is in Need of Repair” by Adam Minter (@AdamMinter) provides an excellent overview of these problems. The 6 minute video, “Circular Cellular” also highlights these cell phone recycling challenges but also the hope of manufacturing process changes which can make recycling easier and more common.

In case you hadn’t noticed, we’re living in a surveillance state rife with government surveillance, corporate surveillance, and hacker-initiated surveillance. While there may be a trend of global inevitability with the rise of these surveillance activities, privacy DOES matter and as individuals as well as groups we can take proactive steps to address these issues. The 30 minute Guardian documentary video, “The Power of Privacy,” highlights many of the risks as well as the stakes of our modern digital age filled with data sharing, data warehousing, and GPS enabled smartphones.

Not all smartphones are equal in the approach they take toward privacy, information sharing, and user vulnerability to surveillance activities by different groups and individuals.

One of the best books I listened to on Audible in the past year was “The Industries of the Future” by Alec Ross (@AlecJRoss). One of the most important articles I’ve read in the past week is The Fourth Industrial Revolution: What It Means and How to Respond from Foreign Relations in December 2015. Both this book and article speak directly to the enormous and transformative power of artificial intelligence (AI), to reshape our society. Governance, economics, relationships and communication are some of the arenas in which AI is going to have a powerful, disruptive impact.

The big technology companies today, including Google, Apple, Amazon, and Microsoft, are all angling to collect vast troves of data from us and about us to feed their respective AI engines. Elon Musk (@elonmusk) has founded Open AI (@openai) as an initiative to both accelerate and democratize access to AI technologies throughout society. Amazon’s Echo and Google Home  are AI powered microphones and speakers designed to bring the power of AI into our personal lives and also harvest data from us to feed the AI engines of these companies. Apple’s Siri Assistant, with the release of Mac OS 10.11 “Sierra,” is now available natively on Apple computers as well as portable (iOS) devices.

While I love using my Apple laptop, iPad, and iPhone, a large percentage of my computing life is now spent in Gmail (for work and home) as well as G Suite applications like Google Docs, Google Slides, Google Sheets, Google Maps, etc. Google has much more of my information for its AI engines than Apple does, since I’m an avid user of Gmail, Google Calendar, the Google search engine, and the Chrome web browser. I “live” more of my digital life within Google software tools rather than Apple tools. While I forsee myself continuing a “blended digital life” using both Google and Apple products, I sense that Google is ahead of Apple in the AI race and may stay there because of the ways both companies have positioned their products and services.

All of these factors combine to encourage me to consider using a Google phone powered by Android, rather than an iPhone, at least for a formative trial period. A few years ago, I sat next to someone on an airline flight back to Oklahoma City who almost convinced me to give Android a try. My children threatened to rise up in rebellion if I defected to the Android camp, however, because devices in our household are inherited and the digital chain of iPhone inheritance would be disrupted if Dad went Android. Their objections, combined with the amazing design and features of the iPhone 6, were enough to keep me in the Apple smartphone camp. The allure of having access to Google’s rapidly advancing AI capabilities through an Android phone, however, may outweigh the predictable protests of my children now.

Here are the smartphones I’m considering as alternatives to the iPhone because of the reasons I’ve outlined in this post:

The incredible speed with which smartphone technologies have advanced in the past decade is represented, in part, by the poor quality (640 x 480) resolution of the photo below taken in San Francisco in 2007. We have reached a point in smartphone photographic capabilities that many people are able to ask, “Do I really need a phone which has even MORE megapixels of quality than my current smartphone?” 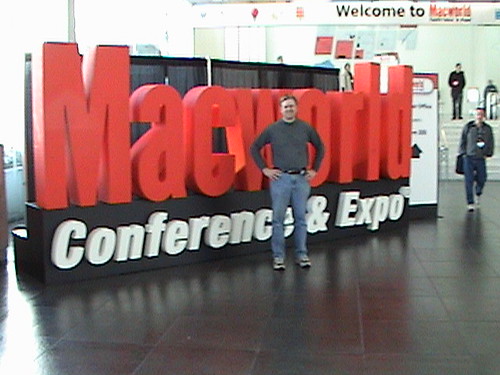 While a camera with more megapixels of resolution or a smarthpone with a slightly faster processor may still be appealing to some consumers, I think the functions of smartphones I’ve outlined to protect our environment, protect our privacy, and provide greater access to the constructive power of artificial intelligence (AI) are much more compelling.

I’m not sure if I’ll take a break from my iPhone use and switch to an alternative smartphone, but if I do, I’m most likely to choose one of the five smartphone options I’ve listed in this article.

If you were purchasing a new smartphone today and money was not a limiting factor, among the choices I’ve listed above which one would you choose and why?

3 Responses to SmartPhones to Consider Besides the iPhone