Book Review: The Industries of the Future by Alec Ross

Alec Ross’ (@AlecJRoss) February 2016 book, “The Industries of the Future,” offers a prescient and extremely important glimpse into the future of the global labor market. We can likely agree we are living in rapidly changing times, but it’s challenging to understand from a 100,000 foot perspective how advances in technology, communication and media are reshaping our economy, our lives, governance, warfare, and society writ large. Ross offers this kind of rare view in “The Industries of the Future,” Books like “The World is Flat: A Brief History of the Twenty-first Century” (2005) by Thomas Friedman (@tomfriedman) and “The Third Wave” (1984) by Alvin Toffler have helped me better understand seismic changes underway in our society wrought by a variety of technological as well as societal inputs. I put Alec Ross’ book in the same category as these by Friedman and Toffler. It’s essential for us as educators, parents, and citizens to not only understand how technological changes are affecting our labor market and economy, but also predict how these changes affect causes we need to champion in our K-12 schools, community colleges and universities. Ross helps “connect the dots” for many of the changes we read about as current events, but may not fully understand in context together. This post is the second in my holiday series of reviews on books I’ve listened to via Audible in 2016 and highly recommend. All of these book review posts (and a few from the past) are linked in this list.ly list. I’m also cross-posting them to Amazon and GoodReads.

I discovered Alec Ross and his ideas thanks to my PocketCasts (@pocketcasts) subscription to the World Affairs Podcast (@world_affairs). World Affairs is a San Fancisco-based nonprofit which hosts a wide variety of lectures by amazing speakers, and shares both audio and video versions of these talks free online.

Fantastic [PODCAST] with @AlecJRoss on @world_affairs The Industries of the Future #stem #MustListen #Robotics https://t.co/WCPQ5XlP8M

After I tweeted some quotations from Alec’s February 2016 presentation for The World Affairs Council, he replied to me on Twitter and encouraged me to check out his new book. I listened to it via Audible in April and May 2016.

@wfryer Thank you! Please be sure to check out my book 🙂 ! https://t.co/YyQmiJ9m4w

To view all my tweeted quotations and learning points from Alec Ross, check out my archived tweets using his Twitter handle in my personal Tweet Nest archive. Here are a few of the most important highlights.

Cyberattacks, cyberwarfare and cybersecurity are some of the most important arenas of transformational technological change today, but they are also very poorly understood by the vast majority of people. There are many ways in which the pace of technological change has outstripped our collective abilities as humans to meaningfully process and understand those changes, and the “realm of cyber” is one of those key arenas.

"weaponization of code = most significant development in conflict since creation of fissile material" by @AlecJRoss https://t.co/WCPQ5XlP8M

My April 13, 2016, post, “Glimpsing the Future with Alec Ross,” includes more quotations and learning points I took away from that World Affairs presentation. Those included the following two nuggets:

"In coming decades, robots will increasingly be able to do work which is cognitive & non-routine" by @AlecJRoss https://t.co/WCPQ5XlP8M

Among other things, these insights mean:

These topics are not pressing issues of national and international concern today, but they will be in the not-too-distant future. Automation and AI are poised to displace thousands of workers in the next decade, not the next century. The pace of technological change in many arenas is EXPONENTIAL, not LINEAR, which means it defies our natural limitations as humans to process and understand it. Taken along with the insights and advice of other futurists, Ross’ predictions in ‘“The Industries of the Future” should ring alarm bells for politicians, civic leaders, education champions, and anyone else in our society who would be a visionary and shepherd of change in the twenty-first century.

Robotics, cybersecurity, and genomics are the three transformational arenas of technological change which Ross focuses on in his book. If you are counseling your own children, students at school, or adults looking for a new career direction, these are excellent fields to recommend. 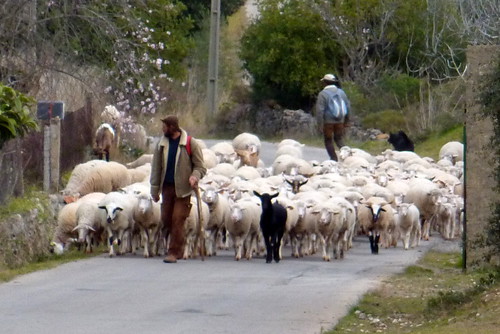 After finishing my Ph.D. in 2011 in education, I returned to the classroom in 2013-2015 as a 4th and 5th grade STEM teacher. One of my favorite things to share with students each week were “STEM Curiosity Links,” which were short videos or news articles about interesting STEM topics that were likely to pique student interest. Articles about 3D printing of biological cells, modification of genetics in both plants and living organisms, as well as the uses of robots and drones for warfare all highlighted the importance of STEM ethics. In many ways, I think technology has outpaced our collective ability to process, understand, and normatively evaluate its uses. 23andMe (@23andMe) is a DNA / genetics testing service highlighted by Alec Ross in “Industries of the Future.” According to their website:

Our Health + Ancestry Service examines your genes to tell you about your ancestry, carrier status,* wellness and traits. We analyze, compile and distill the information extracted from your DNA into 65+ reports you can access online and share with family and friends. See full list of reports offered.

We need  to provide opportunities in our schools and communities for people to discuss the implications and potential consequences of genetic testing like this. While the insights it can provide might be intriguing and could, in some cases,  be of tremendous medical value, the potential also exists for ANY information which has been digitized to be hacked and thereby fall into unintended hands. The unintended consequences of digitizing medical information, both voluntarily or involuntarily, are a big unknown and worth thoughtful consideration.

Ross makes the bold claim in his book that:

"Genomics will have a greater impact on our lives then any medical innovation of the 20th century" by @AlecJRoss pic.twitter.com/mLuROH5fNI

If you know anyone involved in agriculture or who has been in agriculture for the past 10+ years, you can ask them to tell you stories about the transformative power of technology. “Precision agriculture” is astonishing in its potential to maximize the yield of crops with specific fertilizer, water, and pesticide needs. Combined with genetically modified crops, technologies have fundamentally transformed “modern farming techniquies” in ways that would not be recognized or predicted by the dryland farmers of a century ago. Ross highlights these changes well in his book, and emphasizes that students who prepare themselves for careers in genomics today are likely to have bright career opportunities in the near future.

We hear a great deal of discussion when it comes to technology innovation about Silicon Valley and the Bay Area of San Francisco, but Ross points out there are plenty of other examples of technological innovation to study and try to emulate. Estonia is one country he highlights which has benefited from government policies supportive of entrepreneurial risk taking and the intentional cultivation of tech-focused industry.This is a case study which belongs in our economics and social studies classes.

"In an environment of scarcity, people can become wildly creative: e.g. Estonia" by @AlecJRoss #creativity pic.twitter.com/HSNpQj0aeF

No one has a perfect crystal ball to see the future or predict it with complete certainly, but Alec Ross offers us extremely valuable insights in “The Industries of the Future,” I highly commend it to you as a positive and implication-laden window on a future we’re collectively rushing into much faster than any of us likely realize. 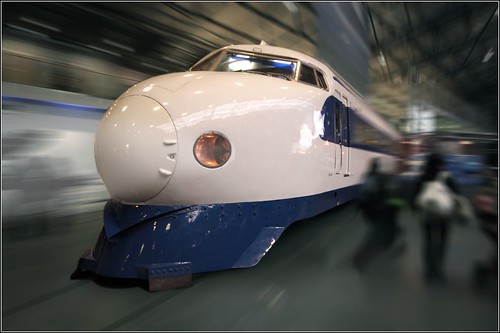