iPadPalooza 2016 is almost over, and it’s been a fantastic conference. If you’re an educator and use an iPad, this is a “must attend” event. Next year the conference will be earlier in June. This year in addition to a mini-keynote with Shelly on day 1 about “Digital Sharing,” I shared three breakout sessions on “App Smashing to YouTube,” “Narrated iPad Sketchnoting,” and “Discovering & Curating Ideas for Your Classroom.” During the morning session today, I asked teachers to “turn, pair and share” and talk about a book which had been transformative for their professional practice as an educator and they would recommend to others. Here are those responses via Twitter:

One of the books that has changed my life in Ed is the Innovator's Mindset by @gcouros @wfryer #iplza16 pic.twitter.com/8kRzN3Abzl

I also used a Padlet to solicit feedback and responses to a “narrated sketchnote” video I shared during my day 1 session.

This was the video session participants responded to:

I learned a ton this week at iPadPalooza! I’ll post more about those learning points, but if you want to view my archived tweets from this week on my Tweet Nest website. 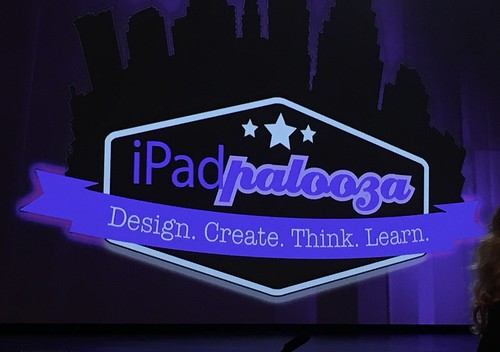