Coding is an important literacy skill we need to introduce to everyone in the 21st century! This podcast features reflections by Shelly Fryer (@sfryer) and Wesley Fryer (@wfryer) following a PBS Scratch Jr. Coding Camp for Kids in Edmond, Oklahoma, on September 17, 2016. It also includes some recorded audio from Shelly’s lessons during the workshop for 3rd, 4th and 5th graders. The coding camp was sponsored by The Div (@thedivorg), a local 501c3 nonprofit “dedicated helping the next generation thrive through access to technology education.” According to its official website, “ScratchJr is an introductory programming language that enables young children (ages 5-7) to create their own interactive stories and games. Children snap together graphical programming blocks to make characters move, jump, dance, and sing. Children can modify characters in the paint editor, add their own voices and sounds, even insert photos of themselves — then use the programming blocks to make their characters come to life.
ScratchJr was inspired by the popular Scratch programming language (http://scratch.mit.edu), used by millions of young people (ages 8 and up) around the world. In creating ScratchJr, we redesigned the interface and programming language to make them developmentally appropriate for younger children, carefully designing features to match young children’s cognitive, personal, social, and emotional development. ScratchJr is available as a free app for both iPad and Android tablets. For more information about ScratchJr, see http://scratchjr.org.” PBS Scratch Jr. was introduced in December 2015 and is an official version of the original app but includes familiar and favorite characters from PBS Kids. Check out our podcast shownotes for referenced links to all the videos and resources used in this Kids Coding Camp and mentioned in our podcast. 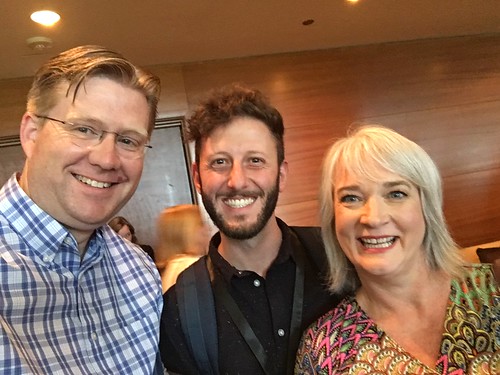 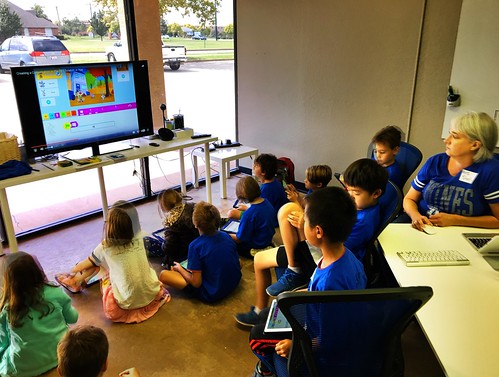 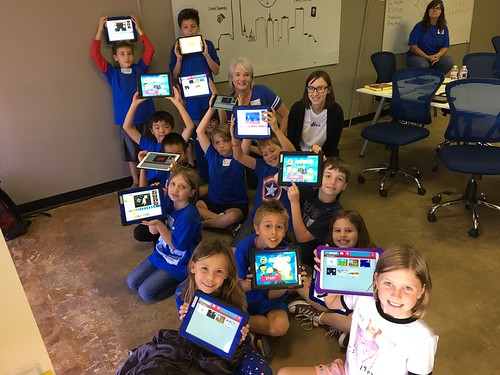 Campers spent lunch brainstorming a list of their other favorite #coding apps in addition to @ScratchJr. pic.twitter.com/TcysbcCpzL