Powerful tools can be used, by definition, in BIG ways. “With great power comes great responsibility.” Social media platforms, including Facebook and Twitter, are globe spanning technological marvels. Unfortunately, these platforms have been used maliciously and abusively in recent years to radicalize politics, fuel genocide, and fracture cultural bonds in communities worldwide. At the same time, however, these powerful platforms have been used to positively connect people, empower organizations, and democratize free expression around our planet more than any previous technological invention. Without question, social media platforms (including Facebook and Twitter) need to dramatically and quickly improve their capabilities and policies to both identify “bad actors” and limit the harmful damage they can do online around the world. In the midst of this needed “technology correction,” however, most of us as netizens should NOT rashly throw in the digital towel and choose to quit using either of these platforms. Here are a few reasons why you should NOT quit using Facebook or Twitter right now. 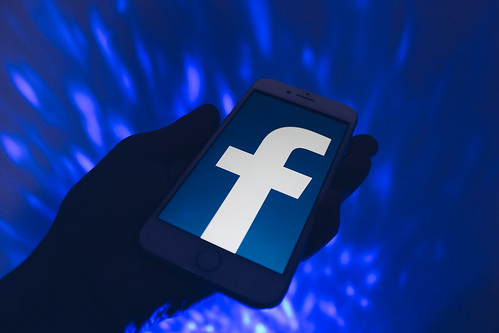 Everyone is not a troll target

It’s both sad and upsetting to read frequent accounts of how Internet trolls harass, persecute, and intentionally sow discord online. Bullying is never pretty, but it’s sadly been a feature of human behavior forever. Anonymity paired with the long-tail collaborative potential of social media platforms (think 4chan) has and continues to produce ugliness and digital darkness we’re often better served to not even discuss and study, much less personally experience. It’s true that anyone sharing publicly online today is a mouse click (or touchscreen tap) away from potential public ridicule, unwanted online fame, and merciless persecution.

That said, however, most users online are NOT the subjects of Internet troll ire. We definitely need to be careful what we post and share, but we should not have our freedom to share and express our thoughts chilled or outright censored by the bad actions of a relatively small group of outlier net users. Agreeing to being pushed off the interactive Internet by trolls is tantamount to letting a single playground bully prevent you as a kid from ever going onto the playground again. It’s simply not right, and to do so would be a harmful overreaction.

I continue to listen with empathy and interest to podcasters and thinkers I respect, like Leo Laporte, who have quit Twitter with enthusiasm and never looked back. If you’re a mainstream media celebrity or Internet famous, the spammy or abusive drivel to which you’re subjected on a social media platform may well outweigh the positive benefits it can offer you to connect and learn from others.

The fact is, however, most of us (thankfully) are not media celebrities or Internet famosos. Most of us, if we’re generally careful of the content we share and the hashtags we use, thankfully have not been and will not become the targets of Internet trolls. Yes, the Internet can be a dangerous place. So can our local mall parking lot. The existence of danger and the reality of bad actors should not convince any of us to completely forgo travel outside our homes (or online) and participation in outside conversations with others.

I heartily agree with those advocating for governmental regulation of Facebook. I want to support, both ideologically and financially, groups which are pushing for regulation and reform of Facebook and its dismal track record when it comes to policing offensive and harmful content as well as supporting user privacy rights.

We need to recognize, however, that individual actions against any corporation like Facebook are unlikely to change policies or behavior. Group action is the only outside input to which Facebook will listen, because group actions can drive legislative change, regulation, and therefore profits.

We need grassroots movements to support user privacy, and we also need smarter elected officials at both the federal and state levels who better understand technology platforms. Coordinated, group action against Facebook specifically is needed. Individual, uncoordinated decisions to quit the platform are not going to change the larger social media narrative in our society, and that is something which MUST change soon.

Social media platforms like Facebook and Twitter have not made idea sharing entirely frictionless, but they have definitely made it MUCH easier than it was in the “early days” of the interactive web / web 2.0. As someone who’s been blogging for 15 years (since 2003) and podcasting for 13 years, I have a relatively long perspective on this topic. I know the number of young people using Facebook is declining, but the number of adults using the platform is staggering and can be life-changing. From a very personal standpoint, I’ve been blown away in the past month by the way Facebook has allowed our family to connect with others after the death of my mother-in-law right before Christmas. I’ve also been deeply moved by the support and responses of family and friends as our family has been going through some tough times this month. Much of that support came via Facebook.

There is no way our family would have made these connections and received this level of support, which has truly made a significant psychological difference in our lives, without Facebook. As a follower of Jesus and believer in God, I also believe in the power of prayer. Growing up in the 1970s and 1980s, I don’t think I would have ever imagined an interconnected world like the one in which we live today, where family and friends both near and far are able to pray for me and my family… and reach out with loving words of support… via phones in their pockets or computers at home and at work. These uses of Facebook have been and are for me, transformatively powerful and literally life changing. I don’t think most of us should give up the incredible connecting power with family and friends which Facebook offers today, thanks to the network effects which have pushed so many of us to be connected via the platform.

On a professional level as a teacher and educator, I cannot overstate how transformatively powerful Twitter has been and continues to be for me. (I’m @wfryer, BTW.) No other technology has permitted me to “hang out with the minds” and share ideas with so many smart and passionate educators as Twitter. The 100+ folks on my “educational Yodas” Twitter list alone generate so many good ideas on a daily basis, that I could subscribe to them with Flipboard and have more “fuel” for my professional learning than I have time in the day to consume and reflect on.

Asking me to delete my accounts from Facebook and/or Twitter today would be like asking a modern farmer to give up mechanized agriculture. It would be like asking an author to not only give up word processors, but also all forms of keyboarding and revert back to a pen, ink, and a scroll. The very idea is preposterous. I’m not giving up the most powerful communication, learning, and collaboration tools in human history, and most likely, neither should you.

I’ve seen the 2010 movie “The Social Network,” I’ve watched the recent two-part PBS Frontline Special on Facebook, and no, I’m not a big fan of Mark Zuckerburg. Yes, Zuckerburg is a smart person, but he’s also a CEO who has repeatedly made huge mistakes. Facebook’s shareholders as well as the citizens of our nation should insist that he step down and make space for more capable as well as moral leadership at the helm of his company.

The growth of Facebook, Amazon, Google, and other large technology companies today is attributable to network effects, among other factors. Facebook specifically has reached an incredible “critical mass” of users. Why do you need to be on Facebook today? One clear reason is that it’s likely a majority of your older family members are on Facebook, and it’s a social platform without parallel today to stay connected and interact with people you care about. This kind of critical mass is difficult to create, and very challenging to replicate. The conditions which led to the rise of Facebook are not going to recur in exactly the same way, as the World Wide Web and the devices we use to access it matured in speed and capabilities. In a world characterized by fractured news sources and information authorities, Facebook is a unifying platform which brings us together and lets us interact in powerful ways we’ve never been able to experience as a human race on planet earth. This is a big deal, and it’s not something we should discard or reject rashly.

Bet on Innovation, Creativity, and Freedom

As I’ve already stated, I’m a firm believer in our need for “a technology correction” which includes external, governmental regulation of Facebook as well as grassroots efforts to champion personal privacy rights. I’m both a careful observer as well as thoughtful critic of our emergent culture of “surveillance capitalism.” This economic model has given us “free” access to social media platforms like Facebook, Instagram, Twitter and Snapchat, but most of us remain relatively ignorant of the personal as well as collective externalities which are the costs that pay these bills. We are sacrificing personal data privacy at the altar of free digital social interaction, and most of us don’t realize the debilitating price we are collectively paying. I encourage you to watch my 2016 TEDx talk, “Digital Citizenship in the Surveillance State,” for a deeper dive into some of my concerns about these issues.

Acknowledging those important concerns, however, I still find myself betting on innovation, creativity, and freedom. Current events in social media have been and continue to be very challenging for an optimist and idealist like myself. Technology evangelists have misled us in the past and in some cases, encouraged others to hold naively destructive perspectives on technology generally. Since at least 2000, I’ve encouraged others to “Remember the Luddites” and consider how lessons from that era of industrialization can apply to our modern digital world. (I do NOT consider myself, btw – a “technology evangelist.” I’m an evangelist for transformative learning, interactive engagement and effective communication. Digital tools can and should have a significant place in our toolboxes as learners.)

I encourage you, also, to bet on innovation, creativity, and freedom. This is one of the reasons I’m a teacher and an educator! Like my wife (@sfryer), I’m passionate about helping students not only learn to code, but also learn to wield digital tools with kindness, respect, and motivation to make the world a brighter rather than a darker place. I’m a champion for digital citizenship. I believe we, along with our students, can and will “invent the future.” The status quo is not ours to accept, it’s ours to iterate upon, improve, and shape together into a better tomorrow.

Don’t quit Facebook or Twitter. The collaborative tools at our fingertips are too powerful to forgo, and we’ve got far too many problems to solve together in the years ahead to give up our most powerful tools now.