Thanks to a recommendation from my Canadian friend and fellow educator Rod Murray (@mrmuzzdog), this morning I started my day with an inspiring, co-created song by Chris Hadfield (@Cmdr_Hadfield), Ed Robertson (@edrobertson,) and the Wexford Gleeks (@wpa_to) recorded together when Commander Hadfield was orbiting our planet as an astronaut aboard the International Space Station in 2013. The song is called “I.S.S. (Is Somebody Singing)” and is a “must share” song with your students as together we aspire to adopt what astronaut Ron Garan (@astro_ron) terms, “The Orbital Perspective”. I’ve added it to my classroom “Wonder Links.”

The fact I was able to watch this video this morning, now you’re reading about it, will hopefully watch it soon, and may share it with others (including your own students) is the direct result of the fact Rod and I are “connected educators” on Twitter. Here are some of the “connected educator dominoes” which fell together this week and date back to at least 2012 when Rod and I attended “Unplug’d 2012” at Northern Edge Algonquin (@northernedge) and shared the wilderness cabin “Loon Echo” for several amazing nights. Speaking of “singing songs together,” I immediately think of and remember singing “Tango! The Moose!” in the bus to UnPlug’d, led by Rod. Thankfully I documented that 79 second audio experience to my personal sounds blog. 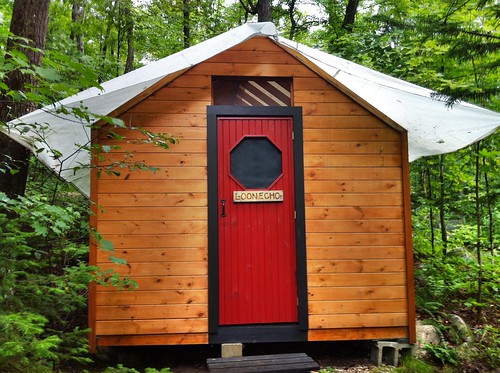 Yesterday morning, I taught the lesson “Good Role Model Reflection” to my 5th and 6th graders. The lesson provides opportunities for multiple media literacy and digital literacy discussions and skill development exercises. The project requires students to select someone they consider a good role model, find them on WikiPedia, download a copyright / sharing friendly image from WikiPedia, fill in a “mad libs” style Google Doc template script about their selected person, and use a Seesaw Activity to record themselves reading their short script. The example person I use when introducing this project is Chris Hadfield. I shared about this lesson on Twitter yesterday morning before our class started, and Rod Murray happened to see that tweet since we’re following each other / connected on Twitter.

It turns out Rod’s wife went to high school in Canada with Commander Hadfield. This is the part of the story when together, we start singing, “It’s a Small World,” which apparently is the most publicly performed song of all time. If you want to continue following rabbit hole detour links in this post, I’d also suggest, “Ace of Base – Beautiful Life,” which comes to mind. Connections like this to Rod, Chris Hadfield, Ed Roberson of “The Barenaked Ladies” (@barenakedladies) and the Wexford Gleeks choir are so amazing!

I started a YouTube playlist called, “The Orbital Perspective.” If you haven’t already, you definitely should watch the original National Geographic (@natgeo) series, “One Strange Rock,” hosted by Will Smith. It’s available on Disney+. Chris Hadfield is one of 8 astronauts in the series who reflect on what “life up there” (in orbit) taught them “about life down here” on planet earth. I also recommend watching and sharing with your students the 2018 ArsTechnica video, “Astronaut Chris Hadfield Breaks Down His ‘Space Oddity’ Video.” It’s six minutes long and is a lovely backstory of Commander Hadfield’s most famous music video recorded from orbit, “Space Oddity,” remixed with permission from the original by David Bowie.

I’ve said it before and I’ll say it again: “Video is the pencil of the 21st century!” Many thanks to everyone who made this compelling musical video duet in 2013, and Rod Murray for sharing it with me 7 years later! 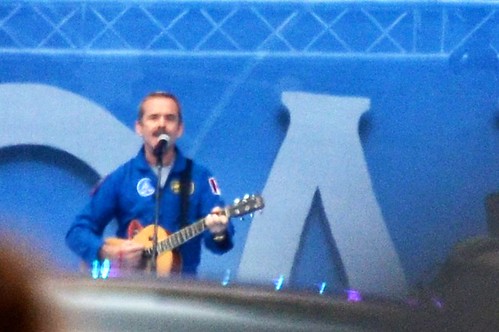