The tendency to stereotype, define, and “put someone in a box” may be universal in our U.S. culture. Lots of people seem to have an innate desire to label others. Adults may sometimes think this is a youth behavior, or just something kids do at school, but I think many (if not most) adults follow the same behavior patterns. What we see people DO, we tend to associate with their identity. Of course the things WE do in our lives, we also tend to take on as identification markers. This is one reason an unexpected job change as an adult (young or old) can be such a jarring experience. That was certainly my story when my expected career as an Air Force officer was dramatically cut short in 1994. When you stop doing the things you’ve always done or have been doing for quite awhile and expected to keep doing, you stop “wearing the uniform” of your profession… it can be quite disorienting and challenging. We are all much more than simply “what we do,” but we tend to define ourselves and others in our brains by those behaviors. This is not good for multiple reasons. Our identities are far more complex and dynamic than the outward behaviors and signs we manifest to others can fully communicate. Yet, unless we have deeper access via conversations or social media sharing to someone’s thoughts on a regular basis, often people assume WYSIWYG with identity: What You See Is What You Get. This is, in my experience, a universally lamentable assumption.

This labeling process may be most obvious at middle or high schools, but it continues later into adulthood. Students at school are seen by peers, parents, and themselves as jocks or athletes, geeks or nerds. Growing up in the 1980s in Kansas, we called the country-music loving kids who drove pickup trucks and wore cowboy boots “the ropers.” At my wife’s high school in West Texas, they called them “the grits.” We may not label people in such limited ways in adult circles, but I think many people still label and have a desire to label none-the-less.

I may have blogged about this previously and just can’t find the post this evening, but in the past several years I’ve been particularly irked by the tendency of people in my church to identify me as “the technology guy.” I guess whenever something you do stands out as SO different from the norm, it’s understandable for people to define you by that behavior. This can be true of attributes as well as behaviors. However “normal” this may be for people, and even if you “cognitively recognize” this is normal, it still can be irritating. I don’t view myself, in my own identity, as “a technology guy.” Certainly I use a lot of technology on a daily basis for a multitude of purposes, and I certainly share a lot on Twitter as my TweetNest archive reveals, but I don’t think of myself as someone who is fundamentally defined by my use of technology. Yet unfortunately, that is what many people “see” when they interact with me, so that is “the box” the choose to mentally place me into. “Wes is the technology guy.” 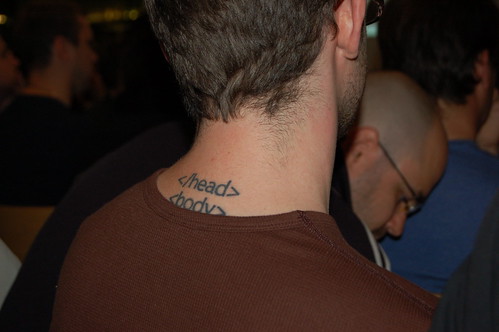 I’ve found there’s really not much of a point in trying to discuss or refute this with people who put me in this “box” verbally. People don’t understand. They judge based on what they see, and what they see is so little. To have this perception challenged is like questioning their assertion that the sky is blue. “Yes of course it’s blue. That’s what I see.”

I am not “the tech guy.” I’m a father. I’m a husband. I’m a teacher. I’m a follower of Jesus. I’m someone who loves relationships and conversations. I’m someone who enjoys having deep conversations about interesting questions, especially with my own children. Yes, I often enjoy helping people resolve technical problems, but that’s not because of an overriding love of technology: It’s because I love relationships and I love helping people. If someone wants to generalize about me, I’d much rather hear them say, “He’s a relationship guy” rather than “He’s a technology guy.” But people don’t usually do that.

Here’s the moral of this story: Please don’t equate competency with identity. Just because someone is good at something, don’t assume or even verbalize to them that a single behavior defines them as a human being. Maybe it defines part of their identity. That perspective avoids over-generalization. Just as we shouldn’t assume we “know someone” because of their skin color or their ethnic group, we don’t “know someone” enough to label them just because we have observed something about their behavior.

The biggest revelation I’ve had in recent years regarding identity and how we both develop and maintain our own came from Michael Wesch, in a presentation he shared at the Heartland eLearning Conference in Edmond in February of 2013. My text notes as well as the recorded audio from that presentation are available. What Mike said, that I’d never heard or thought deeply about previously, was that our identities are less the things we PROJECT outwardly to others but rather, the things which are REFLECTED BACK to us from others we’re around. He shared this in the context of almost “losing himself” in Papua New Guinea when he was there doing anthropological research. I think when people call me “the tech guy” I experience cognitive dissonance at this, because that is not the image of myself I see when I look in a mirror. Yet it is the “box” many people see when they look at me, so that is the perception and understanding of my identity which they reflect back at me.

Have you experienced anything similar to this? Am I being hopelessly naive to encourage others to not “equate competency with identity?” 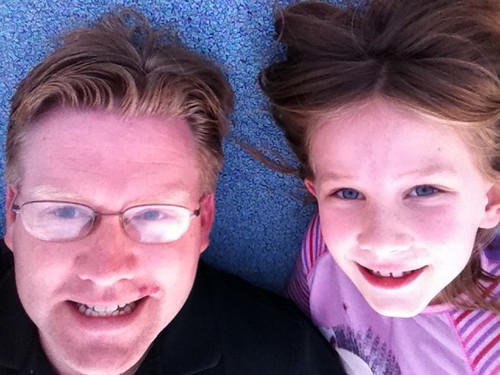