How Microsoft is Poised to Destroy MinecraftEDU

As an elementary STEM teacher turned technology director, I’m extremely enthusiastic about the positive potential for students and teachers to use MinecraftEDU software to create powerful learning experiences. I’m extremely disappointed and sad, however, to learn about the changes and price structure which Microsoft is making to the “MinecraftEDU School Edition” set for official release on November 1, 2016. In this post, I’ll explain how these decisions by Microsoft have poised it as a company to destroy MinecraftEDU and cripple its constructive potential to be used in classrooms around the United States and the world. I’ll also suggest some ways Microsoft could change this perilous course.

If the number of MinecraftEDU screenshots a teacher has posted to Flickr is a measuring stick for MinecraftEDU enthusiasm, I’m probably an outlier. I have 1675 MinecraftEDU screenshots on Flickr now, and that number will continue to grow in 2016-17. This year I’ve helped one of our 8th grade Spanish teachers develop a basic but engaging “MinecraftEDU House Spanish Labeling Challenge.” This summer I co-facilitated a one day Minecraft Challenge Camp for 3rd through 8th grade students who participated in the “MinecraftEDU Treehouse Challenge,” the “MinecraftEDU Redstone Engineering Challenge,” and the “MinecraftEDU Breakout Challenge.” It’s nothing short of remarkable to see the enthusiasm and energy which students bring to a well formulated Minecraft lesson in the classroom. In my 22+ years in K-12 education, I haven’t seen another software program which can even come close to the positive, powerful and constructive potential of Minecraft and MinecraftEDU to support engaged, integrated learning at school. Minecraft is amazing. 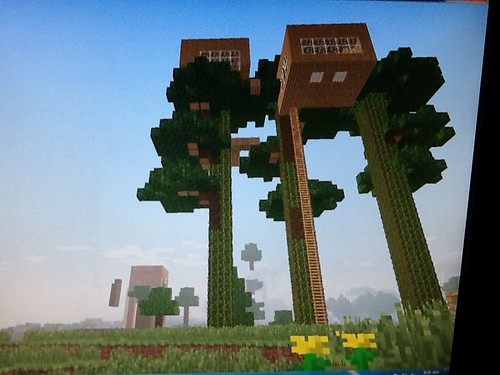 Consumer Minecraft software licenses are not inexpensive at $27 each. Fortunately, before Microsoft purchased Minecraft from Mojang for $2.5 billion, the MinecraftEDU edition cost about half as much for student licenses. Rather than pay an annual subscription fee based on the total number of students in a school who would play MinecraftEDU, schools could purchase the number of computer lab “seats” they had so they owned a license for each student who would simultaneously be playing and using MinecraftEDU software at school at the same time. Perpetual, free software upgrades were included with the license, with no expectation of schools having to pay additional fees to keep students using the latest version of MinecraftEDU as long as the number of computer “seats” at school didn’t increase. 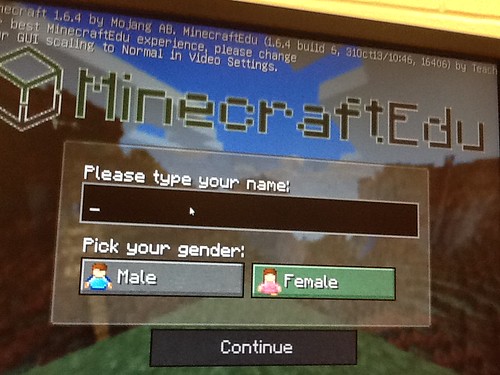 This has changed completely with Microsoft’s new pricing structure for “Minecraft: Education Edition.” Rather than purchase a one-time license with perpetual upgrades, just for computer lab computers, now K-12 schools are being asked by Microsoft to pay $5 per student, per year, for the privilege of playing Minecraft. This is ridiculous! Here in Oklahoma our public schools can’t even pay reasonable wages to classroom teachers. There’s no way our schools can afford thousands of dollars in licensing fees for MinecraftEDU software, even when it IS amazing and incredibly powerful. There just aren’t funds available for this.

I’m not optimistic any of this will change, but in case someone in a leadership role at Microsoft is reading this who cares, here are three things the company could do with MinecraftEDU to change course: 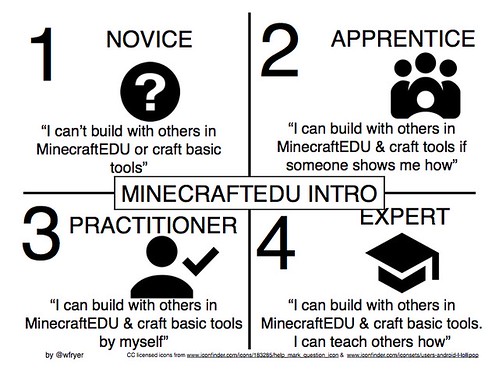 “mastery-minecraftEDU-intro” (CC BY 2.0) by Wesley Fryer

Could not agree more. Blatant money grab from a vital public service that is already financially stressed. #badbusiness https://t.co/0ejdc7jRrH

We’ve been witnessing some significant pivots in Microsoft’s corporate strategies in the past few years, and it would be wonderful if we see Bill Gates’ behemoth pivot yet again when it comes to a MinecraftEDU development and monetization strategy. By owning and controlling Minecraft and MinecraftEDU, Microsoft wields staggering potential to help constructively transform learning inside and outside the classroom. That power and potential can be squandered and misdirected, however, and it appears Microsoft is on the cusp of just such a foundering action. 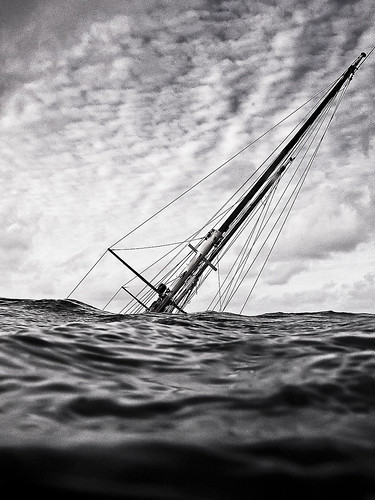 @kwinsper @wfryer Agreed, I mentioned this to @AnthonySalcito. Pricing will hurt adoption. Ours would go $376 one-time to $1400 annually.

Such a shame-LOVE the original #minecraftedu and so do our students. New annual subscription costs will not work for schools w/limited funds https://t.co/iWveIyFdJ8

One Response to How Microsoft is Poised to Destroy MinecraftEDU