Elon Musk (@elonmusk) is not only an inspiring and fascinating person, he’s also one of the most important entrepreneurs of our times who is combining technology with hard work and engineering smarts to solve some extremely challenging problems we face as a human race. Today I finished listening to the biography of Elon Musk by Ashlee Vance (@valleyhack) titled, “Elon Musk: Tesla, SpaceX, and the Quest for a Fantastic Future.” I highly recommend this book, and in this post I’ll share a few reflections on some things I learned by listening to it via Audible.com. I’ll also share some additional articles and videos you should check out if you want to learn more about Elon, his past as well as his present work.

Growing up in South Africa and attending a boys’ boarding school, Elon had a difficult childhood. Although he views these hardships as important experiences which shaped him into a resilient and strong person today, it’s heartbreaking to read about the ways he was bullied. So many groups of kids exhibit behaviors that could be straight out of “Lord of the Flies.” One of our family’s close friends also grew up in South Africa and had terrible boarding school experiences as well. My heart aches for those who had to endure such torment and fear in school. It reminds me how important it is that we make our classrooms and schools safe places for students to live and grow without fear. This is one of the most important roles we can play as educators and as parents.

I knew a little about Tesla Motors before listening to this biography, but comparatively little about Elon’s other companies: SpaceX and Solar City. I visited the Tesla headquarters in Menlo Park, California, back in the summer of 2010, and visited a Tesla showroom in a mall in Portland, Oregon, in 2012. 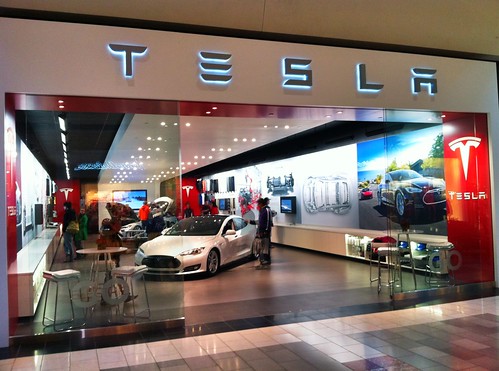 My favorite part of the book was definitely learning about the trials and tribulations, as well as the tenacious persistence, of the engineering team Elon worked with at SpaceX to finally successfully launch the Falcon 1 rocket. These stories reminded me of the great movie, “The Right Stuff,” which tells the tale of NASA’s Mercury Space Program. Elon’s serious aspiration is to colonize Mars, and SpaceX is on track to reach this goal in the years ahead. Probably like many others, I’d previously (and mistakenly) lumped SpaceX into the same category as Virgin Galactic. While both are commercial space companies, Virgin Galactic’s goals are much more modest and far less grandiose. Virgin mainly aspires to be a space tourism company, focusing primarily on suborbital flights. SpaceX, on the other hand, is an industrial space company competing internationally for the growing satellite launch business as well as literally shooting for Mars. This is heady stuff, but it’s not Hollywood like the recent Matt Damon film, “The Martian.”

iReading: How (and Why) @SpaceX Will Colonize Mars by @WaitButWhy via @charliemahoney (on @elonmusk & innovation) https://t.co/8ZzYQSvj8a

Our son, Alexander, is a high school senior this year and wants to study either mechanical, aerospace or chemical engineering. He wants to help colonize Mars, and has mentioned this repeatedly as we’ve discussed and worked on his college applications. Vance’s biography of Musk paints a picture of SpaceX that is both inspiring and extremely grueling. If Alex would actually go to work for them some day, he could expect to work 90 hour weeks. It’s very exciting to learn so much more about SpaceX and the groundbreaking work they’re doing. Some exciting SpaceX launch events are coming up this week and next, in fact, and I’ll be tuning into these with far more knowledge and interest because of the things I learned in Vance’s biography.

In addition to reading this biography of Elon Musk, I highly recommend the four part blog post series about Elon written recently by Tim Urban (@waitbutwhy). My friend Charlie Mahoney (@charliemahoney), who I got to hang out with again at Miami Device about a month ago, recommended the series to me. There is some profanity in the posts, so be warned, but overall they provide a worthwhile, rich and extremely enlightening window into the worlds of Elon Musk. The four posts are:

Like Ashlee Vance, Tim Urban got direct access to Elon to research and write these posts. They are extremely eye opening and insightful. His bonus post, “The Deal with Solar,” is also worth a read. The prospects Musk now has, with his extremely smart and motivated teams, to change our world in fundamental ways is totally inspiring. It’s also crazy to learn just how close to bankruptcy and losing it all Musk came in 2008. The amount of risk taking Musk has been willing to do in his lifetime, financially, is pretty staggering. I don’t revere Musk as a deity by any means, as some people did (and still do) when it comes to Steve Jobs, but I do think he has an incredible intellect and work ethic. It’s very sad to learn about how his first marriage fell apart and how he treated his long-time assistant, Mary Beth Brown. Elon does not have a home life / work life balance which resembles anything I would want for myself and my family. Keeping that in mind, however, there are still SO many things to admire and learn from in Elon’s life and the way he has grown his businesses over time.

In addition to those @waitbutwhy posts, I highly recommend listening to the March 2015 StarTalkRadio episode, “The Future of Humanity with Elon Musk.”

This sketchnote by Leah LaCrosse provides an excellent visual summary of the topics Elon and Neil deGrasse Tyson (@neiltyson) touched on in the interview.

@wfryer Loved that one! pic.twitter.com/SpLSzsfMIt

Finally, I highly recommend the 45 minute Bloomberg Business documentary, “Elon Musk: How I Became The Real ‘Iron Man’.” I discovered it via related/recommended YouTube videos.

A final person I’d recommend you learn more about, as a result of listening to Vance’s biography of Musk, is Gwynne Shotwell (@gwynneshotwell). She’s currently the president and CEO of SpaceX, and has very compelling stories to tell about how she become a mechanical engineer and eventually one of the most important collaborators with Elon in the new space era ushered in by SpaceX. This 18 minute ForaTV interview with Gwynne is well worth watching.

Gwynne is an extremely intelligent, gifted and capable space engineer, and she believes (as I do) that we’re not alone in the universe as an intelligent species. Lots of great ideas to consider from her interview, and what a super STEM role model to share with students you teach – as well as your own children / grandchildren!

If you have not already read it or listened to it, you definitely should add “Elon Musk: Tesla, SpaceX, and the Quest for a Fantastic Future” to your list of books to enjoy soon. Elon Musk is now one of my personal heroes, and I look forward to not only owning a Tesla electric car someday (sadly not too soon!) but also watching him play a catalytic role in our global pivot away from fossil fuels. Who knows, maybe our son will even work for him someday! It’s a great day to be an engineer and an explorer. 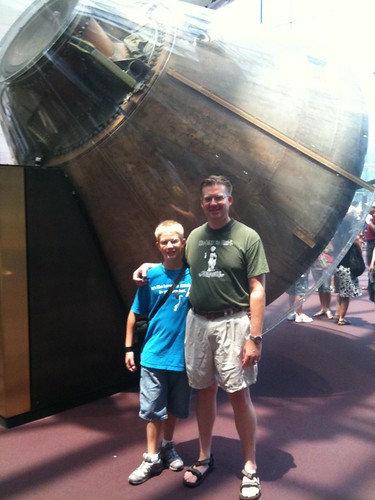