Mapping Media is now Show What You Know with Media

I’m pleased to announce my book series and digital literacy framework “Mapping Media to the Curriculum” (originally titled “Mapping Media to the Common Core“) officially has a new title: “Show What You Know with Media!” This title more clearly conveys the focus. While I love maps (including the Waldseemüller map) and still like my original metaphor, it takes some explaining to help someone new to this project understand what I mean by “mapping media to the curriculum.” It takes comparatively less “explaining” to help someone understand what I mean by, “Show what you know with media.” I’ve migrated the entire “Mapping Media” website to a new home online at ShowWithMedia.com, and also started a related Twitter channel on @ShowWithMedia to provide updates to the site, book series and related projects.

My inspiration or “a-ha moment” to change this series title came a couple of weeks ago, on January 27th, when I was listening to an audio podcast recording of Cheri Fuller’s presentation at “Write Well, Sell Well 2014” on book contracts and proposals. I’ve heard this previously, and should have probably realized it sooner, but Cheri made it clear for me: My original book series title was too confusing. I need something much clearer and easier to understand.

On a technical note, I cloned / copied my entire Mapping Media WordPress website using BackupBuddy from iThemes, and then updated all my links using the free WordPress Quick Page/Post Redirect Plugin. By using that plugin, I think anyone’s previously saved/bookmarked/favorited links to the pages of my site should now automatically re-direct to their corresponding twin page on ShowWithMedia.com. I’m not taking any of the image files off the original site, so those which are saved to sites like Pinterest should continue to work/be visible. I chose to set each redirect as a “301 permanent” change instead of a temporary one. I have used this WordPress plugin previously and been very happy with its ease-of-use as well as functionality. 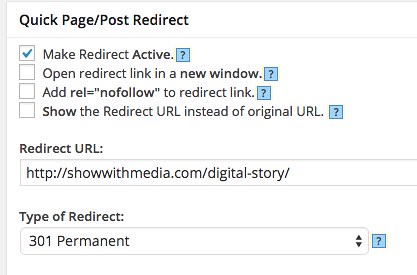 I also came up with a slightly revised header image for the new ShowWithMedia.com site. I included this attribution in the new site’s About page. I want to convey in this photo collage the idea that communicating with the tools and technologies of our time has always been an important human activity. From cave drawings to iPad media projects today, as humans we use available resources to communicate ideas across space and time in the most effective ways we can. With these ideas in mind, I used a cropped portion of the “Newspaper Rock” photo included in the English WikiPedia by Jim Unterschultz. 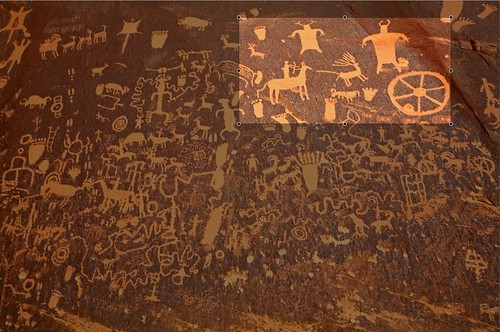 I also used a cropped version this photo of a student creating artwork on an iPad by Brad Flickinger. 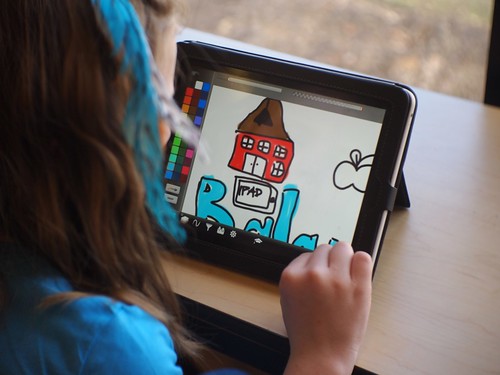 I’m happy with the way the final image turned out. I may revise this down the road, but it’s a good start for now. It also has a nice backstory, which I like and may share with other educators in upcoming conference keynotes and presentations about why students should “show what they know with media!” I finished the chapter for this digital literacy framework on “Quick Edit Video” last summer, but haven’t published it yet as an eBook single. I hope to do that in the next month and a half before Spring Break in March, and will eventually re-brand / rename all my books and eBooks in the Mapping Series as “Show What You Know with Media” titles.

I’d love to hear your thoughts and feedback on this name change. I know some instructors and professional development leaders used my “Mapping Media to the Common Core” book in the past few years specifically because it did include the words “Common Core” in the title. I’ll remain interested in advocating for the use of media products to demonstrate knowledge, understanding and skills long after the “Common Core” is a forgotten memory, however, so I like using a title for this project which isn’t tied to something so temporal. The byline of this project remains the same: “What do you want to CREATE today?” 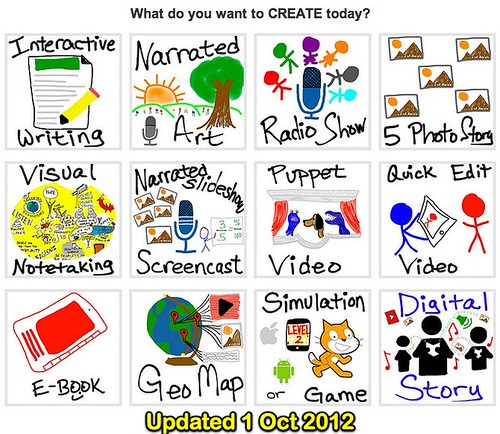