The Tyranny of Current Events

A few weeks ago, I shared and led a lesson at our church which included discussion about the famous Apollo 8 mission to the moon in December 1968. Apollo 8 was:

the first crewed spacecraft to leave low Earth orbit and the first to reach the Moon, orbit it, and return. Its three-astronaut crew—Frank Borman, James Lovell, and William Anders—were the first humans to fly to the Moon, to witness and photograph an Earthrise, and to escape the gravity of a celestial body. 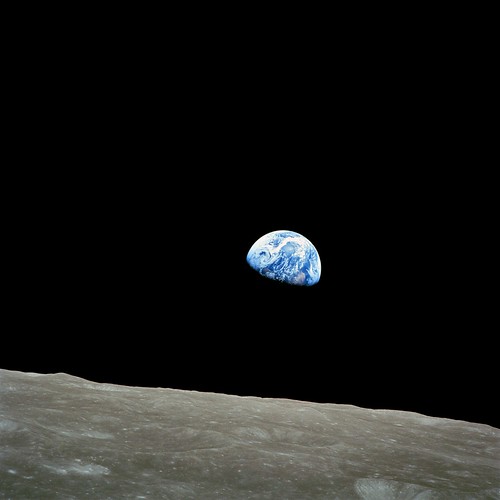 In the lesson, we discussed the famous and controversial Apollo 8 Genesis Reading on Christmas Eve, 1968, and the subsequent lawsuit filed by Madalyn Murray O’Hair for the organization, “American Atheists.” NASA told the Apollo 8 astronauts prior to the broadcast “…we would have the largest audience that had ever listened to a human voice.” Although no one can know the exact number, NASA reports on its website millions of people in the United States and around the world tuned in to listen to Borman, Lovell, and Anders share both thoughts and scripture from lunar orbit that evening.

As exciting and groundbreaking as the Apollo 8 mission was, including this historic broadcast, far more Americans did NOT tune into the live broadcast from lunar orbit than did. One of our Sunday School class members, who is in his late 70s, lived in El Reno, Oklahoma, at that time. He definitely remembers the Apollo 11 moon landing seven months later, but didn’t remember Apollo 8 because his family wasn’t watching on TV that Christmas Eve, and the event “just wasn’t news” at the time in rural America.

Current events are a relatively new phenomenon in the approximately 5000 year history of homo sapiens on planet earth. Electrical telegraphs came into mainstream use in the 1840s, and as Neil Postman reminded readers in his classic 1985 book, “Amusing Ourselves to Death: Public Discourse in the Age of Show Business,” this was the first time a current event could travel faster than a horse. (A horse’s gallop averages 25 to 30 miles per hour.) That reality stands in stark contrast to today’s interconnected globe, when a Presidential morning tweet can become breaking news on mainstream media outlets worldwide a few minutes later. The November 2019 New York Times article, “How Trump Reshaped the Presidency in Over 11,000 Tweets,” includes an interactive graphic as well as insightful analysis of these speed of light / speed of thought and breaking news dynamics. 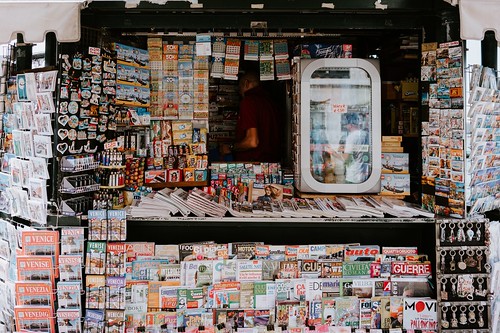 Today, thanks to both social media and mainstream media, we live in an age characterized by the tyranny of current events. The Oxford English dictionary defines “tyranny” as “cruel and oppressive government or rule.” My use of the word “tyranny” in this context an intentional exaggeration. By referring to “the tyranny of current events,” I mean that we are more challenged as connected citizens to escape the overpowering reach and influence of current events (like Presidential tweets) than ever before. Open up Facebook or Twitter, turn on a television news channel, open a news app on your smartphone, tablet or other computer, and you’re likely to confront current events. Current events may be “escapable” for those who choose to disconnect from outside information sources entirely, but that escape is more elusive today than ever before.

The tyranny of current events brings and maintains a cognitive cost to brain activity. Our human brains are incredibly powerful organs and information processing miracles, but they have physical limits. Miller’s Law postulates (on average) human beings can each hold only 7 (plus or minus 2) items at a time in our short-term memory. The day’s current events, therefore, compete with a fixed or “zero sum” brain capacity to actively think about and process different topics.

How are we helping students in our classrooms, and their teachers in schools, adapt to thrive in our modern information landscape characterized by this “tyranny of current events?” We live in the most distractible age of human history. It is far easier today, when connected online via any digital device, to become distracted rather than maintain the singular focus needed for “flow” and “deep work.” While some parents and educators understandably lament the distraction filled nature of digital devices in schools, we all need to move beyond hand wringing and complaining about the prevalence of both smartphones and social media platforms. Although some research points to the value of boredom, the natural inclination of many people today when faced with the prospect of a boring moment is to bring out their smartphone or other Internet connected device and scroll through a feed of constantly changing images and symbols. Faced with these challenges, what’s a parent or teacher to do besides ban or confiscate devices in teen / youth hands?

I’m convinced one of the most important skills we each need to cultivate in our digitally interconnected age is “how to filter our feeds.” This means the skill and ability to intentionally select information sources and voices who we trust and to whom we want to pay attention. This is not a formula for a complete escape from the tyranny of current events, but it is a recipe for the healthy management of information feeds in our lives. These skills were the topic of my April 2019 workshop in Dallas at the ATLIS conference titled, “Filtering the ExoFlood: Strategies for Media and Information Literacy.” 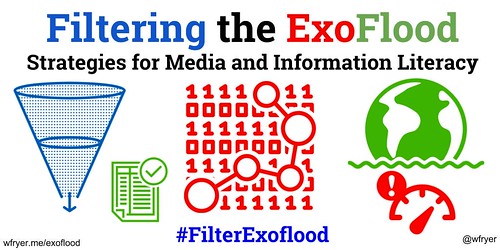 “Filtering the Exoflood: Strategies for M” (CC BY 2.0) by Wesley Fryer

As 2019 draws to a close and we peek expectantly into the next decade of the 2020s, how are you dealing with the tyranny of current events? Are your skills for “filtering your information feeds” improving alongside the rapid changes we see permeating almost all aspects of our lives and society in “The Age of AI?”

It’s time to saddle up and pick up the tools we’ll need for the adventure ahead. Yes, “Thar’s gold in them hills,” but there’s also an overwhelming exoflood of data, misinformation, and distraction. Are you ready for the journey? 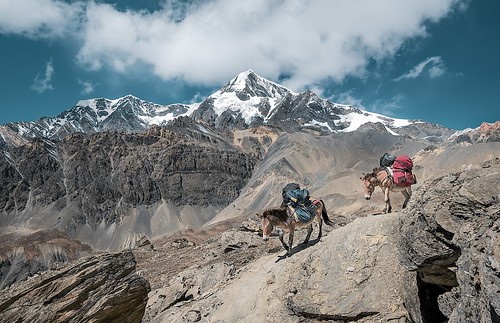 “Loaded and Prepared for the Journey” (CC BY 2.0) by Wesley Fryer